Treanor, a Constitutional historian, argues that the founders’ intent is clear: state supreme courts have authority over election laws.

On December 7, the Supreme Court will hear arguments in Moore v. Harper, a case that will determine the role of state courts in reviewing state laws regulating federal elections. The case, closely watched by voting rights activists and both political parties, will determine whether a new congressional district map drawn by the North Carolina legislature but later declared invalid by the North Carolina Supreme Court will go forward as drawn.

The arguments in Moore v. Harper pivot on the legitimacy of the “independent state legislature doctrine,” whose proponents hold that the U.S. Constitution gives state legislatures, not state courts, the final say in conducting elections for the U.S. House of Representatives and U.S. Senate. Georgetown Law Dean William M. Treanor, a Constitutional historian, filed an amicus brief rejecting this theory and supporting the view that the founders always intended for state supreme courts to review state election laws.

We asked Treanor about how this case caught his eye and about why he believes the respondents – a coalition of North Carolina voters and voting rights groups who initially sued to block what they argued was an illegally gerrymandered redistricting plan – should prevail. 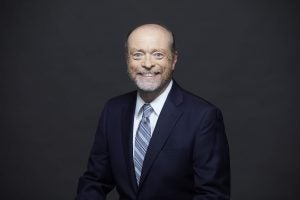 Q: How does this case intersect with your scholarly interests?

A: This is a case that is being fought on the grounds of what the original understanding of judicial review was. I have written a great deal on that topic – including my doctoral dissertation and many articles. I wanted to write an amicus brief because one side is clearly right in Moore, and one side is clearly wrong, but neither side was bringing to bear the rich – and relevant – early case law. That is my expertise, so I thought it was important to contribute a brief that draws on my research.

Q: As a historian focused on how the Founders understood and defined judicial review, what information does your brief provide that could be helpful to the Justices in analyzing this case?

First, state court judicial review of state statutes was well-established at the time of the founding. Most people – including courts – think judicial review was created by Chief Justice John Marshall in Marbury v. Madison in 1803. It wasn’t. In fact, twenty years before Marbury, the leading Virginia judges announced that they had the power of judicial review. One of the judges was Marshall’s law teacher and, at least according to legend, Marshall was in the courtroom when the decision was announced.

Second, state courts’ power to review state legislation included review of voting legislation, which is the subject of Moore. The judge who wrote the opinion that makes this point was Justice William Paterson, an early Supreme Court Justice and someone who had been a major figure at the constitutional convention.

Q: Is this an “originalist” argument you are making?

A: Yes. That is clearly what the Court is concerned with in this case. I am also an originalist so it is easy for me to make an originalist argument that I believe in.

Q: Do you have any sense of how the Justices may rule?

How significant is this case?