In Memoriam: Professor Stephen B. Cohen

Professor Stephen B. Cohen, who taught tax and human rights courses at Georgetown Law to generations of students, died August 17. He was 72.

Professor Stephen B. Cohen, who taught tax and human rights courses at Georgetown Law to generations of students, died August 17. He was 72. 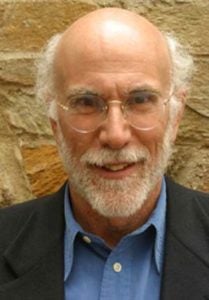 A memorial service will be held for Professor Cohen on Tuesday, October 9, at 10:30 a.m. at Georgetown Law.

“Steve was a beloved colleague, teacher, and scholar, touching many lives during his 38-year tenure at the Law Center,” said Georgetown Law Dean William M. Treanor. “We send our heartfelt condolences to his wife, Laura Sager, and family during this difficult time.”

Cohen earned his A.B. at Amherst in 1967 and his J.D. in 1971 from Yale. As a law student, he studied with legendary professor Marvin Chirelstein, a mentor who inspired Cohen to pursue a teaching career in tax. He was deeply involved in the antiwar movement and in Senator Eugene McCarthy’s 1968 presidential campaign. Cohen worked at the very heart of the campaign, even traveling on the plane with the candidate. “Very heady stuff for a 22-year-old,” Cohen once noted.

He joined the Carter Administration in the 1970s. Serving first on the policy planning staff at the State Department, he later became a deputy assistant secretary of state for human rights. “He was involved, then, in the very early formulation of a human rights diplomacy at the center, rather than the periphery, of foreign policy,” Professor Emeritus Norman Birnbaum wrote of Cohen.

He joined the Georgetown Law faculty in 1980 — teaching classes including Basic Federal Income Taxation, Taxation of Corporations and Shareholders, and Tax Policy: South African System — but continued to serve as a contributor to major national and international newspapers, “carry[ing] his convictions and knowledge in human rights into the public forum,” Birnbaum noted.

Cohen focused on South Africa at the State Department and later was appointed by President Bill Clinton to the board of the Southern African Enterprise Development Fund, financing new businesses in Southern Africa, and the Academic Advisory Board of the International Human Rights Law Group.

Cohen considered tax law to be closely connected to human rights, viewing tax systems “as concrete expressions of a society’s real conception of justice,” according to Birnbaum.

Cohen’s writings include a casebook on federal income taxation and various articles on tax and corporate law and on national security and foreign policy. He spent the summer updating his casebook, colleagues said, and he was slated to teach tax in the fall. In addition to Georgetown Law, Cohen also taught at Harvard, Stanford, the University of Wisconsin, the University of Cape Town, South Africa, and Heidelberg University, Germany. He participated on a panel on tax reform with his Georgetown Law colleagues at the school last November, as the new laws were being passed.

Cohen was named Faculty Member of the Year by Georgetown Law staff in 2014.

A memorial service will be planned at Georgetown Law.

The news of Cohen’s death from pancreatic cancer on Friday brought sad but warm memories from the colleagues who respected and loved him.

“Steve was one of the best mentors I could ever ask for…” said Ellis Duncan, director of Georgetown Law’s graduate tax program, who added, “Our tax program would not be what it is today without him”: 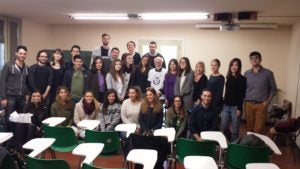 Photo of Professor Steve Cohen with students at the University of Ferrara, Italy, courtesy of Professor Marco Greggi (see remembrance below).

I know that Steve loved all of his courses and students. But I also know that deep down his favorite course to teach was U.S. Income Tax: Policies & Practices (the basic federal income tax course that he created for Tax LL.M. students educated outside of the United States). Steve was the first professor these students got to know when they arrived on campus. He was not only a skilled teacher, but he got to know each of his students personally by inviting small groups to dinner at his house during the fall semester. He was deeply invested in the lives and careers of our foreign-trained tax students, and cared for them on a level that I have never seen before. He was one of a kind.  I will miss him dearly.

“As Ellis said, he was devoted to his students, and he went out of his way to make sure they were learning and improving in every class he taught…” Faulhaber said. “I was in one of Steve’s seminars in law school [at Harvard], and I still remember how passionate he was as a teacher and how focused he was on making sure we understood the importance of tax policy in reducing inequality and poverty.

“He cared deeply about his students and colleagues, he was insistent that our country (and the world) could be fairer and more just, and he used his platform as a Georgetown Law professor to try to address the inequality he saw around him,” she said. “He was an inspiration, and he will be sorely missed.”

We will be hosting a memorial celebration for Professor Cohen on October 9, 2018 at 10:30 a.m. in Gewirz 12. Please RSVP if you will attend.