Voting Rights: Professor Aderson Francois on What to Watch For

Last week, Georgia Governor Brian Kemp signed a bill that creates a host of restrictions on voting including criminalizing providing food and water to voters waiting in line. 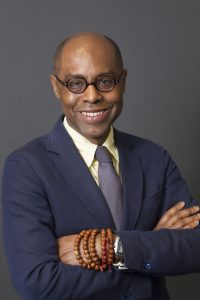 President Biden called the law “Jim Crow of the 21st Century,” and it is among many laws proposed in mostly Republican-controlled states in response to former President Trump’s false allegations of fraud in the 2020 election.

As director of Georgetown Law’s Civil Rights Clinic and a leading voting rights expert, Professor Aderson Francois has led students in challenging Kemp’s actions before. In 2016, the clinic was part of a lawsuit filed against then Georgia Secretary of State Kemp over purges of voter rolls.

We spoke to Francois about the new Georgia law, voting rights legislation in Congress, and the latest opportunities for Georgetown Law students to work on voting issues.

What was your reaction to the recently signed Georgia law?

Disappointed, but not surprised. Back in November, I anticipated that it was going to be a wave of legislation at the state level that would seek to restrict voting rights, and it has indeed come to pass. I think the important thing to really emphasize is that what’s happening in Georgia is happening in two-thirds of the state, some proposals are more outrageous than others. Mostly it is states that are controlled by Republicans that are moving power from local boards back to the state government.

What aspect of the law in Georgia and similar laws most concerns you?

It’s not the ones that have gotten the most publicity, namely, criminalizing providing food and water to people in line to vote. The most significant restriction is that Georgia has essentially now transferred control of elections away from local and county boards to the state legislature. Which is the one, I think, that’s going to have the most lasting impact.

The reason the impact will be significant is that the General Assembly will assert control from local boards whenever there’s an allegation, however baseless, that fraud has occurred. For example, had this provision been in place in 2020, the General Assembly would have seized control from the Fulton County board and possibly thrown out the results.

There have already been two federal lawsuits filed by a coalition of civil rights groups, how do you expect them to play out?

You know, it depends. I think that in most instances, one would expect that those groups will probably win at a district court level. I’m not that hopeful at the circuit court level, based on the makeup of the Eleventh Circuit Court of Appeals.

But here’s the thing though, there is the voting rights bill HR 1. It has passed the House but its fate is uncertain in the Senate. The beauty of that though, is that it could essentially invalidate much of what the state restrictions are designed to do.

The For the People Act, commonly known as HR 1, establishes federal standards for early voting, vote by mail, and voting rights for people with previous felony convictions, among many other provisions. Supporters consider it potentially transformational in the fight for voting rights. Why?

For a long time, the debate that has waged among voting rights experts is whether or not it’s time to abandon the “anti-discrimination model” and move to a “universal model.” Ever since 1964, 1965, the focus has been on legislation and litigation that combats discrimination against underrepresented groups.

The beauty of HR 1 is that it doesn’t seek to sort of play a whack-a-mole approach where states pass a discriminatory law, it gets struck down and then another version of it is passed somewhere else. Instead, what it does is that it establishes systems for federal elections. The argument is, if you truly focus on expanding the franchise, making it nearly universal — while it doesn’t eliminate voting discrimination, it renders it almost inert.

Can you talk about your work with students on voting rights as a part of the Civil Rights Clinic and Voting Rights Institute at Georgetown Law?

My clinic litigates voting rights cases, but also we study issues of voting rights. Right now, the students and I have been tracking restrictions in every state for voting rights. And we are about to create a website that permits folks to keep a running tally of what’s been going on in the states, because right now Georgia is sort of soaking up a lot of oxygen in the room, but it’s happening all over the place.

Three years ago, we were involved in the original lawsuit with then Georgia Secretary of State Kemp, now Governor Kemp, where the state systematically went out and purged voter rolls and basically canceled voters’ registrations and did it in such a way that you didn’t even know. A lot of people ended up being affected, but it was disproportionately Black and Latino voters.

What happened in that case?

We along with the Campaign Legal Center and other outfits brought suit against them and ended up signing a consent decree in 2017 to stop the purging of voter rolls. But that’s the problem, you know, with this model, because even though that lawsuit started during the 2016 and ended up signing a consent decree they basically kept doing the same thing during the next election and up to the 2020 election. Which is the reason why the whack-a-mole all approach is so exhausting.

Precisely, it is, and I think part of the reason is because there is a gap in the constitutional text. There is not an explicit way to vote [spelled out] in the 15th Amendment, but there are the different provisions that provide for the right to vote free of certain kinds of discrimination. I think what HR 1 does is to basically bring us as close as we can using legislative text to the idea that if the right to vote is so important, let’s treat it as if it is.