Our goal in the Office of Graduate Careers is to help our students and alumni to be proactive, organized and diligent in their search for a new position in a competitive job market.

We look forward to working with you! 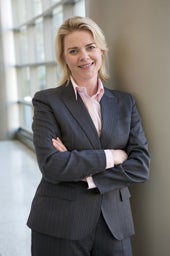 Caroline has experience in LL.M. admissions and advising LL.M. candidates on issues related to job search strategies and career planning. Until recently, Caroline spent several years splitting her time between the Admissions Office and the Office of Graduate Careers. Caroline obtained her J.D. from Georgetown University Law Center, where she was a Law Fellow in the Legal Research and Writing Department and the Managing Editor of the American Criminal Law Review. After receiving her J.D., Caroline clerked for a federal judge in Baltimore, Maryland, and then entered the Honors Program at the U.S. Department of Justice, Environmental Enforcement Section, Environment and Natural Resources Division, where she was a Trial Attorney for eight years. Caroline obtained her B.A. from Princeton University, and is admitted to practice law in Maryland and the District of Columbia. Schedule an appointment with Caroline or contact Caroline via e-mail. 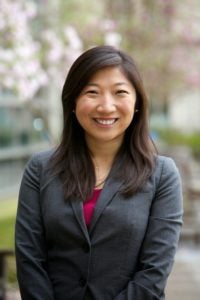 Shujun joined Georgetown Law from private practice, where she spent five years as an associate at two large international law firms. She has practiced in Washington, D.C., New York, London and Singapore, focusing her practice on financial transactions, including specific experience in syndicated lending, asset-based lending and high-yield debt offerings. Shujun obtained her J.D. from Columbia Law School, where she was also awarded the Parker School Certificate in International and Comparative Law for her commitment to the study of foreign and international law. Shujun received her B.A. in Foreign Affairs and History from the University of Virginia. Schedule an appointment with Shujun or contact Shujun via e-mail. 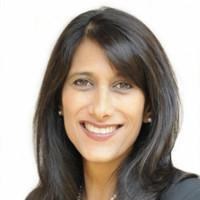 Sunita joined Georgetown Law after enjoying a varied career in both the private and public sector. She was recently a Resume Reviewer for our office and has worked in J.D. Admissions at another law school. Sunita obtained her J.D. from Georgetown University Law Center where she served as a Research Assistant to Professor Heathcote (Pete) Wales and participated in the Domestic Violence Legal Clinic. After receiving her J.D., Sunita spent three years as a litigation associate at a New York law firm, worked at a public interest law firm representing Immigrant Battered Women, founded a domestic violence non-profit organization, and had a private immigration practice for 18 years. Sunita received her B.A. in Psychology from Smith College, and is admitted to practice law in New York and the District of Columbia. Schedule an appointment with Sunita or contact Sunita via e-mail. 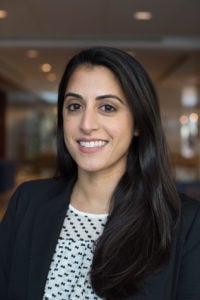 Amrita joined Georgetown Law after spending several years working for civil rights advocacy non-profit organizations on First Amendment religious freedom policy issues. Amrita spent three years as the State Legislative Counsel at Americans United for Separation of Church and State. Prior to that position Amrita worked as the Legal and Legislative Affairs Associate at the Sikh American Legal Defense and Education Fund (SALDEF) and was a Post-Graduate Public Interest Fellow at the Anti-Defamation League. Amrita obtained her J.D. at the University of Florida, Levin College of Law, and her B.A. in Psychology from Washington University in St. Louis. Schedule an appointment with Amrita or contact Amrita via e-mail.