Erica J. Hashimoto is a Professor of Law at Georgetown University Law Center where she serves as a Director of the Appellate Litigation Program. She has litigated before the United States Courts of Appeals for the D.C., Eleventh, and Fourth Circuits. Prior to joining the Georgetown faculty, she was the Allen Post Professor of Law at the University of Georgia. While there, she started an appellate litigation clinic that accepted appointments from federal courts of appeals, and she was named a Josiah Meigs Professor, the university’s highest teaching honor. 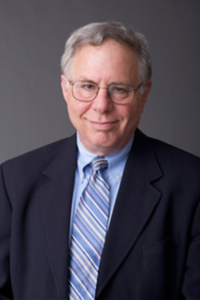 Steven H. Goldblatt is a Professor of Law at Georgetown University Law Center where he serves as the Faculty Director of the Supreme Court Institute, and he is Of Counsel for the Appellate Litigation Program. He is an active litigator before the United States Courts of Appeals for the D.C. and the Fourth Circuits and has also argued five cases before the Supreme Court of the United States, including four Appellate Litigation Program cases. He presently serves as the Chair of the Rules Advisory Committee of the Court of Appeals for the Armed Forces.

Professor Goldblatt has been the chair of the American Bar Association Criminal Justice Section Amicus Curiae Briefs Committee (1982-1999) and has served on other ABA special committees including a term on the Criminal Justice Standards Committee. Prior to coming to Georgetown in 1981, Professor Goldblatt was a prosecutor in Philadelphia, Pennsylvania where he litigated before the federal and state appellate courts and supervised the Law Division of the District Attorney’s Office. While a prosecutor, he litigated Pennsylvania v. Mimms and Cuyler v. Sullivan in the United States Supreme Court. He was the Director of the Appellate Litigation Program for more than 30 years.

Professor Englert began working with the clinic ten years ago on SEC v. Zandford, 122 S. Ct. 1899 (2002). The next year he was appointed as an adjunct professor and consults with clinic students on cases, participating in seminar instruction, and providing career counseling. He is the founding partner of Robbins, Russell, Englert, Orseck & Untereiner LLP. Professor Englert was formerly a partner at Mayer, Brown & Platt in Washington, D.C., an Assistant to the Solicitor General at the United States Department of Justice, and an associate at Wilmer, Cutler & Pickering in Washington, D.C. He was also a Court Law Clerk for the United States Court of Appeals for the District of Columbia Circuit. Throughout his career, Professor Englert’s principal focus has been appellate litigation and antitrust law. His appellate experience includes arguing 12 cases in the Supreme Court of the United States, winning 10, losing 1, and achieving a split decision in 1. He has also briefed many other Supreme Court cases, and briefed and argued many cases in other state and federal appellate courts. His appellate cases have spanned virtually all fields of law, including antitrust, bankruptcy, employment discrimination, federal jurisdiction, administrative law, RICO, and punitive damages. Professor Englert’s antitrust experience includes representing clients at trial and on appeal, negotiating with federal antitrust agencies, and providing antitrust counseling. He has also worked on competition issues in large railroad mergers before the Surface Transportation Board and its predecessor. His professional affiliations include membership in the ABA Section of Antitrust Law, the Supreme Court Historical Society, the Outside Advisory Board of the Georgetown Supreme Court Institute, and the Constitutional & Administrative Law Advisory Committee of the National Chamber Litigation Center.

Josh graduated in 2014 from Harvard Law School, where he participated in the Capital Punishment Clinic and the Criminal Justice Institute. After law school, he served as a law clerk to Judge Richard A. Paez of the Ninth Circuit Court of the Appeals and Judge Claudia Wilken of the Northern District of California. He most recently worked with a Federal Community Defender Office, challenging individuals’ convictions and death sentences through habeas corpus proceedings. Before law school, he worked on policy research in Washington, D.C., and migration research in Central America.

Lauren Bateman graduated from Harvard Law School in 2015, where she was the Co-Chair of the Articles Committee for the Harvard Law Review. Prior to joining the Appellate Litigation Clinic, she clerked for the Honorable R. Guy Cole, Jr., of the United States Court of Appeals for the Sixth Circuit, the Honorable Algenon L. Marbley of the United States District Court for the Southern District of Ohio, and the Honorable Dana A. Fabe of the Supreme Court of Alaska. She also worked as an associate attorney for law firms in Washington, D.C., and Columbus, Ohio. Before law school, she served as a staffer to then-Senate Majority Leader Harry Reid.

Tiffany graduated from Sanford Law School in 2015, where she received the Lisa M. Schnitzer Memorial Scholarship for her commitment to public work as well as prices for outstanding performance in clinical practice, clinical coursework, federal litigation, legal research and writing, immigration law, and property. After law school, she clerked for the Hon. Josephine L. Staton (Central District of California) and the Hon. Andre M. Davis (Fourth Circuit Court of Appeals). She then began practice with a Skadden Fellowship, through which she litigated federal class actions and appeals to protect the civil rights of youth in immigration detention, people impacted by the collateral consequences of contact with the criminal punishment system, and workers combatting sex-based hostile work environments. She was most recently a senior attorney at the Advancement Project’s national office, where she engaged in movement lawyering and strategic litigation to support grassroots abolitionist campaigns.

As the office manager for the Appellate Litigation Program, Daurie Simmons handles the day-to-day administrative functions of the Clinic office. Prior to coming to Georgetown, Daurie worked as a free-lance paralegal and worked for a sole practitioner. Previously, she had worked for a number of law firms in DC as well as in private industry.