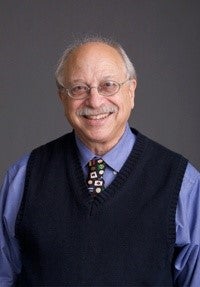 Professor Schrag teaches Professional Responsibility and directs the Center for Applied Legal Studies, in which students represent refugees from persecution who are seeking asylum in the United States. He served for 21 years as the Director of the Public Interest Law Scholars Program, through which selected law students who plan careers as public interest lawyers receive scholarship grants and special academic enrichment and guidance in that field. Before joining the Law Center faculty in 1981, he was assistant counsel to the NAACP Legal Defense Educational Fund, Consumer Advocate of the City of New York, a professor at Columbia University Law School, and Deputy General Counsel of the U.S. Arms Control and Disarmament Agency, from which he received a Meritorious Honor Award in 1981. Professor Schrag has also had a distinguished and varied career in civic service, which has included positions as a delegate to the District of Columbia Statehood Constitutional Convention in 1982, an editor and consultant on consumer protection during the Carter-Mondale transition, a consultant to the New York State Consumer Protection Board, a consultant to the Governor’s Advisory Council of Puerto Rico, and an Academic Specialist for the United States Information Agency in the Czech Republic and Hungary. In addition, he drafted New York City’s Consumer Protection Act of 1969. He is also a prolific author, having written dozens of articles on consumer law, nuclear arms control, political asylum, and various other topics for both law journals and popular publications. He is the author of sixteen books, including Reflections on Clinical Legal Education (with Michael Meltsner, 1998), Asylum Denied: A Refugee’s Struggle for Safety in America (with David Ngaruri Kenney, 2008); Refugee Roulette: Disparities in Asylum Adjudication and Proposals for Reform (with Jaya Ramji-Nogales and Andrew I. Schoenholtz, 2009); Lives in the Balance: Asylum Adjudication by the Department of Homeland Security (with Jaya Ramji-Nogales and Andew I. Schoenholtz, 2014); and Baby Jails: The Fight to End the Incarceration of Refugee Children in America (2020).

Professor Schoenholtz directs the Certificate in Refugees and Humanitarian Emergencies as well as the Center for Applied Legal Studies at the Law Center, and is the Deputy Director of Georgetown University’s Institute for the Study of International Migration.  He teaches courses on Refugee Law and Policy, Refugees and Humanitarian Emergencies, and Immigration Law and Policy.  Prior to teaching at the Law Center, Professor Schoenholtz served as Deputy Director of the U.S. Commission on Immigration Reform and practiced immigration, asylum and international law with the Washington, D.C. law firm of Covington & Burling.  Dr. Schoenholtz has conducted fact-finding missions in Haiti, Cuba, Ecuador, Germany, Croatia, Bosnia, Malawi, and Zambia to study root causes of forced migration, refugee protection, long-term solutions to mass migration emergencies, and humanitarian relief operations.  He researches and writes regularly on refugee law and policy.  His publications include: Refugee Roulette:  Disparities in Asylum Adjudication (co-author); Refugee Protection in the United States Post-September 11th; The Uprooted:  Improving Humanitarian Responses to Forced Migration (chapter on “Improving Legal Frameworks”); and Aiding and Abetting Persecutors: The Seizure and Return of Haitian Refugees in Violation of the U.N. Refugee Convention and Protocol.   Dr. Schoenholtz holds a J.D. from Harvard Law School and a Ph.D. from Brown University. 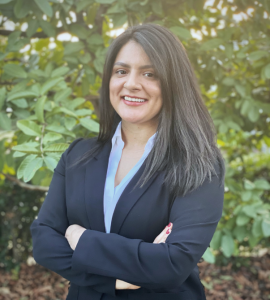 Before joining the CALS team at Georgetown, Jocelyn was a Senior Attorney at the Capital Area Immigrants’ Rights Coalition (CAIR). At CAIR, Jocelyn mentored, taught, and supported a wide range of legal advocates and pro se litigants in various immigration matters, including asylum, withholding of removal, protection under the Convention against Torture, Cancellation of Removal, adjustment of status, U and T visas, bond, motions to reopen, and appeals. As part of the Legal Orientation Program, Jocelyn managed stakeholder relationships at Caroline County Detention Facility, Howard County Detention Center, and Worcester County Detention Center to ensure access to meaningful legal services to detained individuals, including providing key information and assistance to pro se individuals through group and individual orientations to help them navigate the immigration court system. Jocelyn also led the Caroline County Anonymous Grant which provided legal representation to individuals detained at the Caroline County Detention Facility. As part of the grant Jocelyn represented numerous individuals in a wide array of defensive applications for relief in their removal proceedings and release from detention facility, including one of the first successful challenges to the application of the Third Country Transit Ban for an individual who was subject to the ban due to the contested metering practice at the US-Mexico Border.

Prior to her work at CAIR, Jocelyn represented a wide array of individuals in both affirmative and defensive applications, including individuals impacted by the family separation policy, individuals deemed “mentally incompetent” by the immigration court in removal proceedings as part of the National Qualified Representation Program, and unaccompanied children through her work with Esperanza Immigrants’ Right Project and Public Counsel. She also spent extensive time working at various indigent defense offices, including the Los Angeles County Public Defender Office, Harlem Neighborhood Defender Service, and Bronx Defenders. Jocelyn received her J.D. from Columbia Law School, where she was a 2016 and 2017 Harlan Fiske Stone Scholar and awarded the Lowenstein Fellowship due to her extraordinary commitment to social justice and human rights. She received her B.A. in Anthropology with a minor in English from the University of California, Berkeley. Jocelyn is a native Spanish speaker. 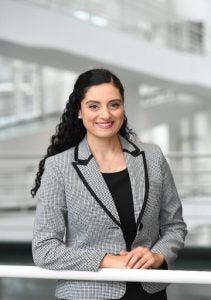 Before joining the CALS team, Iman was the Practitioner in Residence for the Immigrants’ Rights and International Human Rights Clinic at the Center for Social Justice at Seton Hall Law School in Newark, New Jersey. Iman led a newly launched detention project as part of a state-funded Detention and Deportation Defense Initiative, which provides pro bono legal services to New Jersey immigrants facing deportation. As part of this program, Iman represented numerous individuals in their removal proceedings in a variety of immigration matters, including asylum, withholding of removal, relief under the Convention Against Torture, cancellation of removal applications, bond motions, motions to reopen, motions to terminate, and appeals before the Board of Immigration Appeals. Iman also mentored, trained and supervised law students, pro bono volunteers, fellows, and staff attorneys in removal defense.

Prior to joining the Center for Social Justice, Iman was selected for the Department of Justice Honors Program to serve as a Judicial Law Clerk and later, an Attorney Advisor with the Newark Immigration Court. Iman received her J.D. from Seton Hall Law School, where she graduated cum laude and was a Center for Social Justice Scholar. During law school, Iman served as a legal intern with American Friends Service Committee in Newark, New Jersey, assisting attorneys in representing immigrants before the Newark and Elizabeth Immigration Courts, and as an Executive Office intern with the United Nations High Commissioner for Refugees in Beirut, Lebanon. Iman received her B.A. in Political Science and Journalism from the College of New Jersey. Iman speaks Arabic.