Barbara Underwood, Solicitor General at the Office of the Attorney General, State of New York, and the Honorable Emmet G. Sullivan, District Judge, U.S. District Court for the District of Columbia, will each receive honorary degrees at Georgetown Law’s 2019 Commencement ceremony on Sunday, May 19. Underwood, a 1969 graduate of Georgetown Law (pictured above), will deliver the Commencement address.

Barbara Underwood, Solicitor General at the Office of the Attorney General, State of New York, and the Honorable Emmet G. Sullivan, District Judge, U.S. District Court for the District of Columbia, will each receive honorary degrees at Georgetown Law’s 2019 Commencement on Sunday, May 19. Underwood, a graduate of Georgetown Law, will deliver the Commencement address.

"We are delighted that in a few short weeks, Solicitor General Underwood and Judge Sullivan will be participating in our 147th Commencement," said Georgetown Law Dean William M. Treanor, noting that both honorary degree recipients are distinguished members of the legal profession and tremendous role models for young lawyers. "We are especially pleased that Underwood, a member of the Georgetown Law class of 1969, will be returning to address the Class of 2019."

Barbara Underwood was born in Evansville, Indiana and grew up in Belleville, New Jersey. She earned an A.B. magna cum laude from Radcliffe College of Harvard University in 1966 and received her J.D. from Georgetown Law in 1969, where she was Note Editor of the Georgetown Law Journal and graduated first in her class. After graduation, Underwood clerked for Chief Judge David L. Bazelon of the U.S. Court of Appeals for the District of Columbia Circuit and then Associate Justice Thurgood Marshall of the Supreme Court from 1971 to 1972, making her the first female Georgetown Law graduate — and the fourth woman — appointed clerk to a Supreme Court Justice. From 1972 to 1982, she was a law professor at Yale Law School. She also has taught at Brooklyn Law School and at New York University School of Law.

After returning to the U.S. Attorney’s Office in New York for several years, in 2007 she was appointed Solicitor General of the State of New York by then-Attorney General Andrew Cuomo; she has since been reappointed to that position by Attorneys General Eric Schneiderman and Letitia James. Underwood has argued 21 cases before the U.S. Supreme Court, and many cases before the federal and state appellate courts.

She became Acting Attorney General of New York on May 8, 2018, following the resignation of Eric Schneiderman, and was subsequently appointed by the legislature as New York’s 66th Attorney General, the first woman to hold that position. She served in that role until Letitia James took office on January 1, 2019.

Throughout her career, Underwood has been a guardian of equal justice for all. She has helped shaped prosecutions of perpetrators of hate crimes, and argued that federal law protects employees and students of federally funded educational institutions from sex discrimination. She has argued before the Supreme Court to hold banks accountable for lending violations and to force utilities to cut their emissions. Her most enduring work may be writing a series of briefs arguing against the race-based use of peremptory challenges in jury selection, paving the way for the Supreme Court case Batson v. Kentucky, which outlawed the practice of using such challenges to exclude jurors based on race.

Her many honors include the New York State Bar Association Criminal Justice Section Award for Outstanding Appellate Practitioner, the American Inns of Court Professionalism Award for the Second Circuit (for mentorship), the New York Law Journal Lifetime Achievement Award, honorary membership in the Harvard-Radcliffe chapter of Phi Beta Kappa, Women’s Press Club of New York State’s Women in the Media Award, and the Network of New York Bar Leaders Guardian of Equal Justice for All Award.

Judge Emmet G. Sullivan was born in Washington, D.C., and attended public schools in the District of Columbia until graduating from McKinley High School in 1964. He received a B.A. in Political Science from Howard University in 1968 and a J.D. from 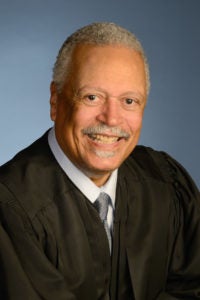 the Howard University School of Law in 1971. Upon graduating from law school, Sullivan received a Reginald Heber Smith Fellowship and was assigned to the Neighborhood Legal Services Program in Washington, D.C. The following year, he clerked for Judge James A. Washington, Jr. of the Superior Court of the District of Columbia.

In 1973, Sullivan joined the law firm of Houston & Gardner. He became a partner in that firm and in the successor firm of Houston, Sullivan & Gardner. While in private practice, Sullivan was a member of a number of bar associations, and served on various court advisory and rules committees.

Since his appointment to the federal court, Sullivan has been appointed by four Chief Judges to serve on both the District of Columbia Judicial Disabilities and Tenure Commission and the District of Columbia Judicial Nomination Commission. Judge Sullivan currently serves as Chair of the Judicial Nomination Commission, a position he has held since 2005. He also serves on the U.S. District Court’s Executive Committee and he chairs the Jury Committee, Non-Appropriated Funds Committee and the Inter-Agency Detention Workgroup.

Sullivan is a frequent public speaker and panelist and a regular guest speaker at a number of local public schools, colleges, and universities. He has taught as an adjunct professor at the Howard University School of Law and has served as a member of the visiting faculty at Harvard Law School’s Trial Advocacy Workshop. He is currently an adjunct professor at the American University Washington College of Law and is a member of the Washington Bar Association, the District of Columbia Bar and the Bar Association of the District of Columbia.