A Discussion of the 25th Amendment and Controversies Around Presidential Succession

On October 7, two Georgetown Law student organizations, Georgetown Law Students for Democracy Reform and the Georgetown Law Chapter of the American Constitution Society, hosted an online panel on “The Legal and Historical Implications of the Twenty-Fifth Amendment” — the 1967 amendment that deals with issues of presidential succession and how and under what circumstances presidential powers might be transferred to the sitting vice president.

Planning for the event began over the summer, but by the time it took place, not even a week after President Donald Trump disclosed he had tested positive for COVID-19 and less than a month before Election Day, the discussion was as relevant as any cable news segment. 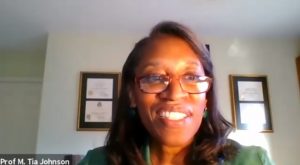 “This panel could not be any more timely,” said moderator Visiting Professor M. Tia Johnson, a retired former assistant secretary for legislative affairs at the U.S. Department of Homeland Security.

Background on the 25th Amendment

The 25th Amendment to the Constitution, ratified in 1967, concerns presidential succession — who becomes president, and how, if a sitting president were to die or become incapacitated.

As Georgetown Law Professor Heidi Li Feldman, one of the panelists, explained, the assassination of President John F. Kennedy in 1965 spurred Congress to address how a vice president takes office if the president is incapacitated.

“He ran on an image of youth and vitality… [Then] he’s assassinated,” Feldman said.

“We’re moving into the real heart of the Cold War, and so the problem of ‘gappiness,’ or lack of planning… seemed particularly alarming.” 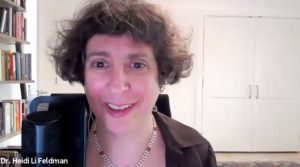 The 25th Amendment not only clarified procedures for continuity in the executive branch in the case of a president’s unexpected death, it also provided guidance for other scenarios in which a living president is not well.

So far, the former scenario has played out in real life: in 2002, then-President George W. Bush, before undergoing a colonoscopy, became the first to invoke the 25th Amendment to hand the presidency to his vice president temporarily. The latter scenario has to date only been seen in Hollywood productions.

The recent news of President Trump’s treatment for COVID-19 at Walter Reed National Military Medical Center has, however, brought new attention to what circumstances might trigger its usage.

Politics and its Complications 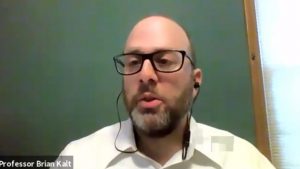 Professor Brian Kalt of Michigan State University College of Law, who has written extensively about the 25th Amendment, said it was unfortunate that both the historical culture of the presidency and the current political climate have made it difficult for the amendment to be used as was intended.

“So in the current situation you have to ask yourself, how likely is it that if the president says he’s OK, that not only the vice president and the cabinet but sufficient numbers of Republicans in the House and the Senate would say ‘No, we need to take power away from him’?” said Kalt, author of Unable: The Law, Politics, and Limits of Section 4 of the Twenty-Fifth Amendment. “They haven’t shown a willingness to constrain him.”

Feldman noted that the proximity of the present situation to Election Day made it extremely complicated to propose invoking the 25th Amendment in any way. 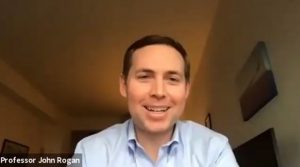 The third panelist, John Rogan, visiting clinical professor at Fordham University School of Law, described a 2017 simulation on presidential succession one of his clinics ran, some of the remaining nebulous areas it identified, and what his students proposed could be done about them.

“They looked at whether it would be helpful to have a mental health professional as part of the Whte House medical unit, to help assess in these cases whether a transfer of power is necessary,” Rogan said. “Mental health issues have come up with past presidents — Richard Nixon, during the depths of the Watergate scandal, was apparently drinking very heavily, there are stories of him wandering around the White House, talking to portraits of former presidents.”

The panel discussed other gray areas. For example, what if both the president and vice president were incapacitated at the same time? Or, should there be mechanisms put in place to address the incapacitation of senior military officials? Johnson, who comes from a military background, pointed out that the latter case was currently very relevant, given that nearly all the Joint Chiefs of Staff at that moment were under quarantine due to possible COVID-19 exposure.

So, what are the prospects for legislation to address any of these gray areas? Rogan mentioned that Rep. Jamie Raskin (D-Md.) has several times proposed creating a separate body that could consider and act on situations that might call for invoking the 25th Amendment, and indeed just two days after this panel was held, House Speaker Nancy Pelosi held a press conference highlighting such a proposal.

Kalt expressed hope that President Trump’s current health crisis could, like the Kennedy assassination that led to the 25th Amendment in the first place, spur lawmakers in the near future to continue working on the issue. His optimism, however, was tempered by continued concern over today’s political climate.

“That’s what’s great about the 25th Amendment. It’s one of the few times they stepped up and they actually did something,” Kalt said. “Maybe in this moment, or in the aftermath of this moment, people can say, “Remember that thing that just happened? Let’s fix it…’”

“But, our system is broken,” he concluded, “and it’s hard to make reforms like this.”