By the end of spring break, classes had moved online. But almost as soon as the Law Center community settled into distance learning, staff and faculty realized another challenge was looming.

What would this all mean for students’ summer job and internship plans?

An important part of a law school education is using the summer months to see how the lessons learned in classrooms play out in law firms, government agencies and nonprofits. Hands-on professional experience, networking opportunities, the possibility of landing a post-graduation job offer… these are all part of the typical summer for rising 2L and 3L students.

By early spring, most students who wanted to work as law firm summer associates already had secured their positions. But as working from home suddenly became the norm for lawyers across the country, students began to hear from their summer employers that plans might be changing. Meanwhile, many students who were hoping for internships with nonprofits or in government were still finalizing arrangements, and most of those interviews ground to a halt.

A summer without student jobs and internships? Said Barbara Moulton (L’89), Assistant Dean for Public Interest Programs, the word that came to mind for that scenario was “devastating.”

Georgetown Law Dean William M. Treanor and the Law Center’s career planning staff began brainstorming ways to provide meaningful summer experiences to the students whose plans had been disrupted by the pandemic and economic downturn.

“We came up with the idea of Summer Corps,” said Treanor. “If internships weren’t happening, we would create our own positions here at Georgetown Law. So we began to reach out to our faculty, our clinics, and our centers and institutes to see who might be interested in taking on a student for the summer, and the response was overwhelming. It was terrific to see the community coming together to support the students.”

In the end, the worst-case scenario didn’t come to pass. Most students with summer associate jobs did get to go through with them, albeit online. But enough Summer Corps opportunities came together that every student who needed a position and was eligible got one — 72 in total. And not only was the program able to accommodate all students who applied, but so many positions were offered that it could have served dozens more. 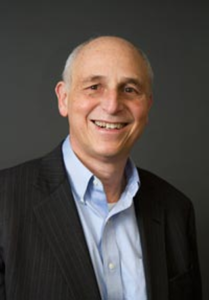 Professor David Vladeck, director of the Civil Litigation Clinic, took on six students to help with three of the clinic’s cases. That worked out well for rising 2L Christopher Hughes, who had been interviewing for a judicial internship that was canceled once the pandemic hit. He then spent the summer working on one of the clinic’s cases, an open record law litigation filed by Georgetown Law’s Center on Privacy and Technology that focuses on the New York Police Department’s use of face recognition technology.

“That case had a lot of moving parts. First I had to read the docket, look at all the past opinions, look up federal analogous case law, see what type of arguments we can make. Then I was editing some of the briefs, giving my comments and feedback based on the research I did. I’ve grown as a writer,” said Hughes.

Milcah Zewdie, another rising 2L, also had a great experience in Vladeck’s clinic after a summer job with a New York City nonprofit serving African refugees didn’t work out. Working for the Civil Litigation Clinic on a case that involved Native Americans who’d been disenrolled from their tribe was a great fit with her interests, she says.

“I know I want to litigate… [and this case involved] the public interest aspect that I care most about. I was excited about drafting the background section [for the motion for summary judgment]. Being able to put this history into a story was really fun, and also a great learning experience,” she said, adding of Professor Vladeck, “It’s obvious that he loves teaching. I’ve loved working with him.”

Other students, like rising 3L Kelly Garrison, worked one-on-one with professors. Garrison’s original summer plan was to intern with the office of the State’s Attorney of Montgomery County, Md., but her start date kept moving later and later, and she wasn’t sure if it would happen at all. So she arranged to do an externship with that office during the school year instead, and opted for a research project with Professor Emma Coleman Jordan. 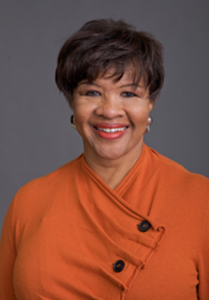 Jordan, who has taught at Georgetown Law since 1987, is a pioneer in the field of economic justice, and her teaching and scholarship focuses on financial services and civil rights. Inspired by initiatives like San Francisco’s Financial Justice Project and the Fines and Fees Justice Center, and by the recent Supreme Court ruling in Timbs v. Indiana that held that the Eighth Amendment’s ban on “excessive fines and fees” applies to states, Coleman has been interested in learning more about the fines and fees imposed by local governments in the Washington, D.C. area.

So for the Summer Job Corps, she drew up a scope of work for one or more student researchers to collect information about whether and how Washington, D.C., Fairfax County, Va., and Maryland’s Prince George’s and Montgomery Counties had changed their usual fines and fees during the COVID-19 pandemic. The listing caught Garrison’s eye, Jordan was impressed with her in her interview and the match was made.

“It involved reaching out to a lot of local government officials,” Garrison said in describing her research. “I went through city budgets and [spoke] with people who ran organizations. A lot of the changes were on government websites, so that was another way I kept track. There were [many] changes in how cities and counties administered parking fees and there were also changes in practices surrounding driver’s license suspensions, which was a big area of focus for me.”

Some of what Garrison found was surprising to Jordan, she said, especially information on fees charged to prison inmates, such as surcharges on items sold in prison commissaries.

“Guards got a cut of the amount that was collected for candy, use of the phone, various other amenities. I had not heard of that before, and it seemed an especially pernicious part of the abuse of fines and fees,” said Jordan, adding that she was very pleased with the work Garrison did. “I lucked out! Kelly was a stellar participant, she was very astute, very self-motivated. I was delighted to have her work on this project.”

For her part, Garrison, who has plans for a state court clerkship after graduating this spring, felt that her experience supported her interest in public service.

“I spoke with women who have had their drivers’ licenses suspended, and it has really had an impact — they’ve lost jobs, one of them couldn’t visit her dying father — so I think it made me more interested in this type of work, because I see how these kinds of fees [can] perpetuate the cycle of poverty and injustice,” said Garrison.

Now that summer has come to an end, Moulton, who helped launch and administer the Summer Corps, looks back with pride and gratitude at what Georgetown Law was able to achieve when faced with the unexpected challenge of COVID-19.

“This was a phenomenal program and something we were really happy to do for students. We had uniformly positive feedback. Many students don’t have an opportunity to get to know faculty members really well, so that was an added plus. It was very much a positive program in a very uncertain and nervous time,” said Moulton.

Garrison, as she started her final year of law school, echoed this silver lining theme.

“I think it’s a good lesson about how your plans might change, but sometimes they end up working out for the better,” she said. “I couldn’t have imagined this opportunity a year ago, but I’m really glad it worked out the way it did — even though it was because of a pandemic.”