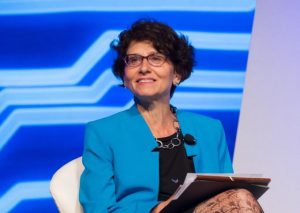 Rich led the expansion of the FTC’s expertise in technology through the creation of the Office of Technology Research and Investigations (OTech). She also oversaw development of influential FTC policy reports, including reports on the Internet of Things, Big Data, data brokers, mobile apps, and cross-device tracking.

Rich, who joined the agency in 1991, is a recipient of the FTC Chairman’s Award, the agency’s highest award for meritorious service, and is a graduate of Harvard University and New York University Law School. Immediately after leaving the Commission, she served as a Vice President at Consumer Reports, leading the nonprofit’s advocacy and consumer mobilization efforts.

Rich’s work at the Institute will include writing in her areas of expertise, participating in policy convenings, and serving as a resource to the Georgetown Law community.

Learn more about the Institute.