With their numbers already greatly reduced by the 2008 financial crisis, consolidation of larger banks and the COVID-19 pandemic, these institutions now face a new challenge — securing the financial technology essential to remaining viable in the digital age.

On June 15, Georgetown Law’s Institute of International Economic Law (IIEL) convened leaders from Congress, regulatory agencies and the private sector to discuss the future of minority-owned financial institutions in a forum titled “Can Black and Brown Banks Compete in a Digital Economy?”

Co-hosted by the Black Economic Alliance and facilitated by the Brookings Institution as knowledge partner, the event was the first in a series of programs leading up to IIEL’s 5th Annual DC Fintech Week in October. 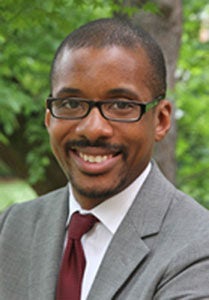 The forum was held in commemoration of Juneteenth, with speakers also evoking the memory of the destruction of “Black Wall Street” in the Tulsa Massacre of 1921. “As we commemorate Tulsa and Juneteenth, we want to not only look backwards but forwards,” said event organizer Chris Brummer, the Agnes N. Williams Research Professor at Georgetown Law, IIEL faculty director and founder of Fintech Week.

The event coincided with an announcement by Vice President Kamala Harris and Treasury Secretary Janet Yellen of the release of $1.25 billion in relief funds for community development financial institutions and minority-owned banks. The funds are part of a $12 billion bipartisan legislative package championed by Senator Mark Warner (D-VA) and Congresswoman Maxine Waters (D-CA), both speakers at the forum.

The forum opened with welcoming remarks from Cecilia Rouse, chair of the White House Council of Economic Advisers — the first African American to hold that position. Rouse set the stage by providing an overview of current economic conditions for Black and Hispanic communities. 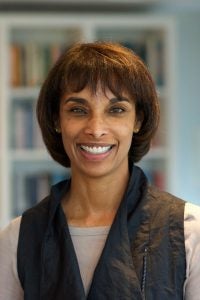 During the pandemic, more than 440,000 Black-owned businesses closed their doors, and minority unemployment rose as high as 19 percent. “We’re all doing better,” she said, crediting the 2021 American Rescue Plan for jumpstarting the economy. “But are we all doing equally better? No.” Rouse cited May economic statistics showing that unemployment among Black and Hispanic workers was 9.1 percent and 7.3 percent respectively, and 5.1 percent for white workers.

In addition to laying bare inequities in American society, Rouse said, the pandemic also accelerated the digitization of the economy. “This is really the adaptation of our time — the adaptation to this new form of work.”

Within this wider context, the need to provide financial services to minority communities is greater than ever. John Rogers, the Co-CEO of Ariel Investments, the oldest and first African American owned asset management firm, noted that the health of Black businesses has actually suffered, not strengthened over the last two decades. It was an idea echoed by Robert Smith, the billionaire and founder and CEO of Vista Equity Partners, and the wealthiest Black person in America. “A critical part of being in business in America that is missing in our community is access to capital,” Smith said, noting that 70 percent of Black neighborhoods do not have a branch bank. 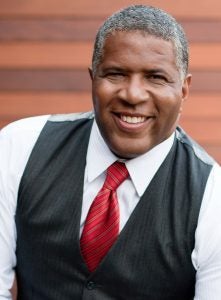 Smith underscored the fact that community-based and minority-owned financial institutions are underinvested in technology. His own firm is currently engaged in several initiatives with tech companies to invest in modernizing the operations of these small institutions.

“A modern bank is essentially a technology company. And investments in tech infrastructure are critical in order for our banking infrastructure to be able to deliver capital to the small and medium businesses in our communities. And that’s something that has to be addressed now,” he said.

In addition to direct investment, partnerships can also be effective. In order to maximize access to Paycheck Protection Program loans, Aurelio Aleman-Bermudez, CEO of First Bancorp/Puerto Rico, partnered with a larger technology firm for loan processing. “In two weeks we had the self-service platform for the clients up and running, and we were able to process over 9,000 loans.”

Another important component of the discussion among the forum’s panelists was the use of data. Participants from the investment, banking, philanthropic and institutional sectors warned about the need for appropriate data collection that includes minority communities, especially with applications that use artificial intelligence. Credit score algorithms are also another area where greater sensitivity to communities of color is imperative.

While private sector innovations can help the financial system become more inclusive, government action remains essential, forum participants agreed. In the regulatory arena, Brummer is a leading advocate for increased representation of Black financial regulators, a role that Senator Brown and Congresswoman Waters singled out for praise in their remarks during the forum. 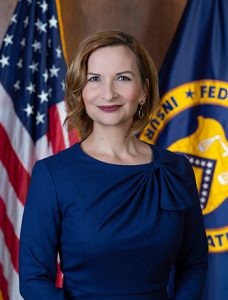 In her conversation with Brummer, FDIC Chair Jelena McWilliams described some out-of-the-box initiatives she has advanced, including “speed dating” to encourage partnerships between larger banks and minority-owned and community-based banks. The larger banks receive Community Reinvestment Act credit for providing technological assistance to their partners.

After watching “Shark Tank” on a plane ride home to Washington, McWilliams announced to her staff that she wanted to set up something similar for minority-owned banks. “It took a little nudging, but we created a Mission-Driven Bank Fund,” she said. The fund is sponsored by the FDIC, but funded through private company investors. Microsoft has already made an initial commitment of $100 million.

On the Congressional side, the $12 billion funding package included in the December 2020 COVID relief act promises to significantly change the landscape for minority-owned and community-based banks. It provides $9 billion for long-term capital investments and another $3 billion in emergency support for grants and other financial and technical assistance.

“It is absolutely transformational,” said Noel Andrés Poyo, deputy assistant secretary for community economic development at the Department of the Treasury and a panelist at the forum. “The way capital flows through our economy is a map of opportunity. This kind of capital will go into these institutions as equity and then will be leveraged.” 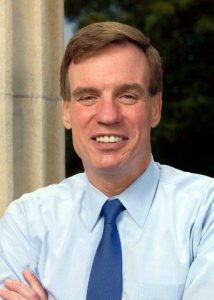 Closing out the forum, Senator Mark Warner described the genesis of the legislation in summer 2020, crafted by a bipartisan group that included then-Senator Kamala Harris (D-CA) and Senator Mike Crapo (R-I). “We had to do more than just prop up some of these institutions short-term,” Warner said. “We had to increase their capacity.”

As Warner’s Senate colleague Sherrod Brown noted in his remarks, the legislation has historic implications. “For a century Black and Brown banks served as pillars of their community, overcoming the structural racism that came from Black Codes to Jim Crow to redlining,” Brown said. “We need more Black and Brown banks, not fewer — banks that are actually in people’s neighborhoods and understand their lives.”