This spring’s Georgetown Law Journal Alumni Banquet was the largest one to date, with over 300 former and current GLJ editors and their guests in attendance.

The evening began with a cocktail hour and seated dinner at the Conrad Hotel in Washington. Lee, her successor Maya Gandhi (SFS’20, L’23) and Georgetown Law Dean William M. Treanor greeted the audience, which included several editors from the Journal’s Volume 57, published in 1968-9.

Lee and Gandhi spoke about recent Journal initiatives emphasizing diversity and inclusion, such as the creation of a Senior Diversity & Inclusion Editor position and the implementation of diversity and inclusion training programs for Journal members. Gandhi is the sixth woman in a row and third woman of color in a row to hold the position of Editor in Chief.

Treanor then welcomed Lee and Sotomayor to the stage, saying, “There is nothing more powerful and nothing more privileged for all of us than to hear from Justice Sotomayor.” 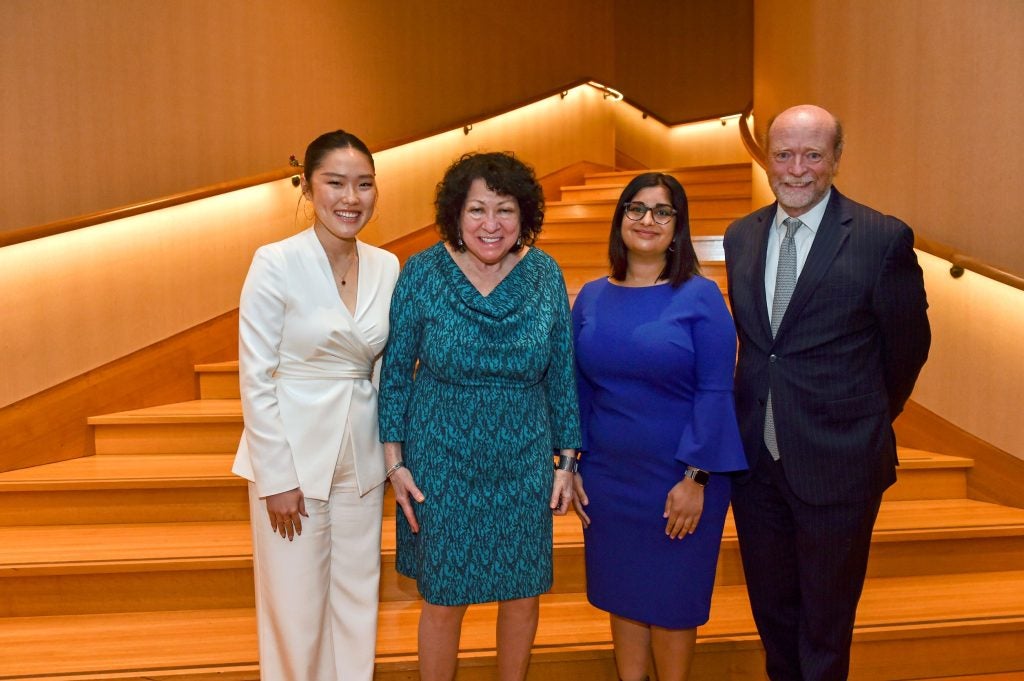 A LIFE OF SERVICE

The justice charmed the room with personal anecdotes. She spoke of being inspired to pursue a life of service by the example of her mother, a nurse, who was always willing to offer after-hours medical advice to neighbors. She also shared some tidbits from her Memorial Day weekend in 2009, as she waited to hear whether President Barack Obama would select her to be his Supreme Court nominee.

Acknowledging that she hadn’t grown up with a positive opinion of lawyers, Sotomayor said she had come to believe that law is indeed a noble profession through which she has been able to serve others.

PRECISION IN THINKING AND WRITING

But perhaps most meaningful to the audience of former and current law journal editors were the parts of the conversation focused on the power of language. Sotomayor recalled her own experiences publishing a student note in the Yale Law Journal when she was in law school, and spoke about what an important educational experience being a law journal editor can be – adding that the majority of the law clerks she has hired worked on journals as students.

The importance of lawyers choosing their words carefully also came up in Lee’s final question, on a very personal topic for her. Lee’s election last year to the Journal’s top editor spot sparked national headlines, as she is the first openly undocumented immigrant and first DACA recipient to lead a flagship law journal.

Wanting the justice to know that choice of words had not gone unnoticed in the immigrant community, Lee asked Sotomayor, “I wonder, what are your thoughts on the power of the vocabulary of the federal bench?”

Sotomayor said that she had been intentional in avoiding the word “illegal,” which a reader might associate with criminality. She said that when she taught law students in the past, she always counseled them to think about what different words may evoke, in order to convey as precise a message as possible. 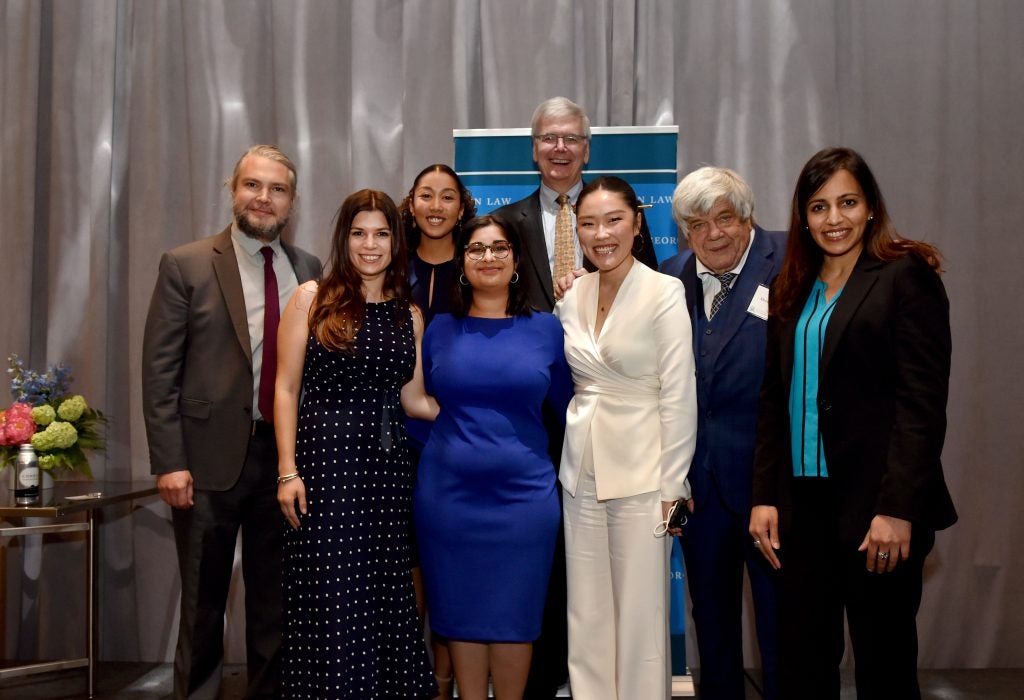 Past and present Editors in Chief of the Georgetown Law Journal posed together at the 2022 alumni banquet.

INSPIRATION FOR THE FUTURE

Following graduation, Lee will be working as a litigation associate at the firm Paul, Weiss in New York City. As an undocumented immigrant, she is ineligible for the federal clerkships that are a customary first job for top law journal editors. While she is excited to begin her new career, at the same time she is all too aware of the continued precariousness she and fellow DACA recipients live with. 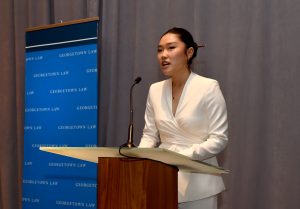 “I’m certain that the choice you made in your debut opinion set us on a trajectory that has allowed me to be sitting across from you today,” said Lee to Sotomayor at the Journal banquet. “Your vocabulary, your preciseness and your values on the Supreme Court have really impacted my community greatly. Thank you, Justice Sotomayor.”