“We live in very, very challenging times — times when it is said that our democracy struggles…,” Professor Victoria Nourse said, following her installation as the inaugural Ralph V. Whitworth Professor of Law in February.

“One might think that this would give those responsible for the rule of law, namely [the] members of the Supreme Court, the desire to speak and write in their best democratic voices… Why, then, has constitutional law, or at least the rhetoric of the Supreme Court, become so influenced by my prime field, statutory interpretation — and become, in my opinion, so very, very small?”

Nourse’s lecture, “The Deconstruction of the Constitution,” focused on a recent emphasis on text — a problem she’s been concerned about over the past few years. Statutory interpretation, she said, is increasingly impacting constitutional law, and not necessarily in a good way: affecting cases involving foreign affairs, the shape of the regulatory state, elections, and presidential power.

Statutory interpretation has come to constitutional law, in what Nourse calls “partisan gerrymandering [of] the text” — picking and choosing text in a way that misunderstands the Constitution, and how it differs from statutes.

“This is not originalism,” Nourse said, contending that constitutional textualists do not need to look to history. Instead, she urged a “critical textualism for all judicial interpreters”— including liberals who seem to find it unworthy of notice. “The bottom line is, I don’t think we should all be textualists now, if it means playing with words while the nation burns… For what is at stake is not only a technique, but the very vision of what a constitution is, and more importantly, does in America.”

Nourse, one of the nation’s leading scholars on statutory interpretation, Congress and the separation of powers, was honored at a Georgetown Law faculty retreat on February 19. Before presenting Nourse with the medal, Dean William M. Treanor said he was delighted to bestow the honor. 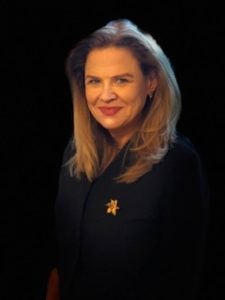 “She combines, in an unusual and maybe unique way, a deep understanding of the scholarship and deep engagement with the law,” Treanor said, noting Nourse’s experience working on the Senate Judiciary Committee and the Senate Iran-Contra Committee, serving as chief counsel to Vice President Joseph Biden and drafting the Violence Against Women Act. “It’s a remarkable career, and one of the things I’m so struck by about Vic’s scholarship, whenever I talk to her — is the way she combines this deep learning and deep engagement with scholarship, with remarkable reflections on her experience as a lawyer…she is a brilliant creative scholar who engages with the deepest issues of the day, in the most powerful way.”

Nourse, director of Georgetown Law’s Center on Congressional Studies, has published widely on the power of the president and the separation of powers, as well as on constitutional rights. Her most recent book, Misreading Law, Misreading Democracy, was published in 2016 by Harvard Press.

Professor Robin West said that Nourse has “unruly and profoundly unreasonable passions, and they shine brightly on all she writes.” She has also become a scholarly voice to be reckoned with, West said. “I truly don’t have the words to express my appreciation and my admiration of Victoria’s extraordinary legal mind. She is simply a brilliant and prolific legal scholar.”

In her address, Nourse described several Supreme Court cases notable for their “partisan gerrymandering” — e.g., slicing and dicing of text. “Easy textualism does not prove the value of textualism in hard cases, just as Band-Aids do not tell a surgeon how to set a bone fracture, or stitch an open wound.”

The problem, in big cases and small, is that the very Constitution is at stake. “One must ask whether this is partisan textual gerrymandering, for an end, for a particular result. I think we need to have more critical textualism…,” she said. “The Constitution is an architect’s drawing for a form of government; it is far more than courts.”