Menu
Home
News & Events
2016-2017 Events
What To Do After Prohibition?: Regulatory Alternatives in the Americas and the Marijuana Debate in Mexico

What To Do After Prohibition?: Regulatory Alternatives in the Americas and the Marijuana Debate in Mexico

On September 23, 2016, CAROLA and the O’Neill Institute for National and Global Health Law hosted a one-day symposium that convened experts from different countries in the Americas discussing the regulatory, public health, social justice, and security issues that marijuana prohibition and reform face. The event aimed at providing a general overview of the effects that prohibitionist policies have had on drug consumption, incarceration, and violence in the United States and in Latin America. It also served as a forum for exploring the regulatory alternatives in the Americas for marijuana (both for medical and personal use), and analyzing the reform proposals currently being debated in Mexico as well as the Mexican government’s official position. 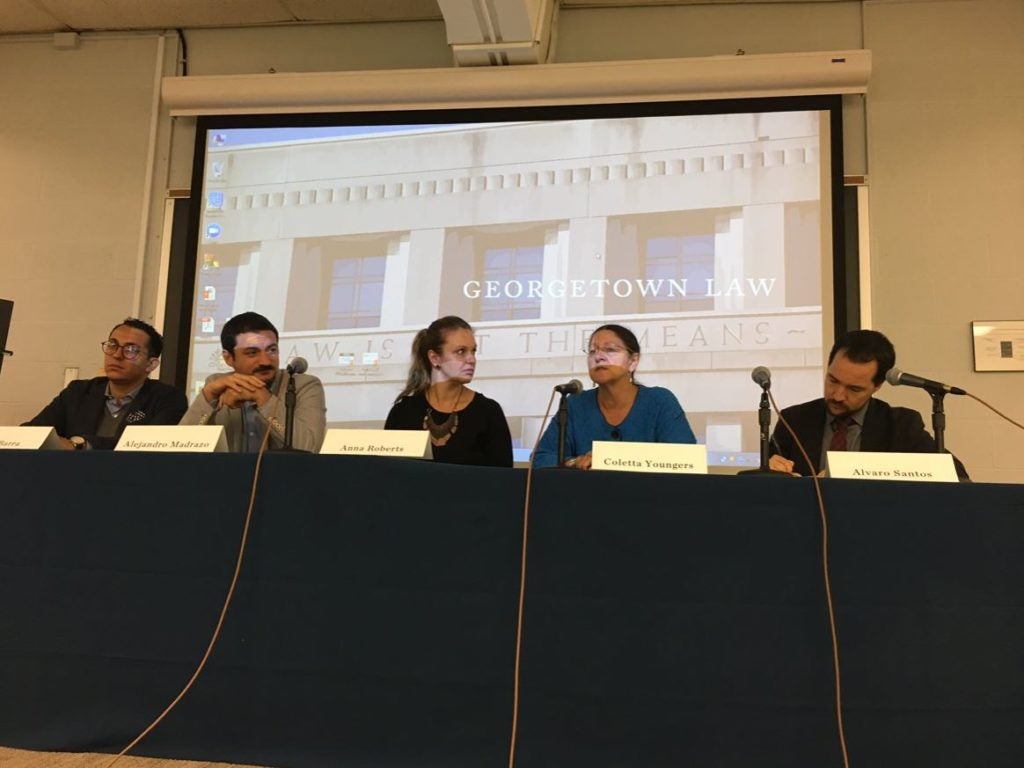 9:00am – 11:00am
Effects of Prohibitionist Policies on Drug Consumption, Incarceration and Violence

11:15am-1:15pm
Regulatory Alternatives in the Americas for Marijuana for Medical & Personal Use

The purpose of this session was to explore the current regulatory alternatives for medical and personal use of marijuana in the Americas. The current regulatory landscape in the U.S. was discussed, as well as models from other countries in the region, including Uruguay, Canada, and Colombia. Questions addressed included: What alternatives to prohibition currently exist? What can we learn from the existing models? Are there any emerging best practices? What is the best public health approach to regulation? How can different models adapt to each country and community?

The first two panels explored the consequences of prohibitionist policies as well as the emerging regulatory alternatives in the Americas. This last panel brought together these ideas and placed them in the current Mexican context. The purpose of this session was to explore law reform proposals introduced in the Mexican Congress and the government’s own bill. Questions examined included: What goals do medical marijuana reform proposals pursue? What goals do recreational marijuana reform pursue? What are the objectives of a deeper, integral reform? What changes are expected with either or both reforms? What will happen if both the U.S. and Canada continue legalizing and Mexico does not? What are the risks, costs and benefits of not reforming? And what are those of reforming?