Colombia’s 2016 Peace Agreement with the FARC-EP guerrillas included the creation of a groundbreaking transitional justice system, the Special Jurisdiction for Peace (JEP). Meant to try both former guerrillas, and members of the Colombian Armed Forces who committed war crimes and crimes against humanity, the JEP remains the most visible symbol of the Peace Agreement. As such it is at the crosshairs of a vigorous attempt to dismantle it. What are the forces at play and which are their arguments? What are the risks and opportunities faced by the JEP at this juncture?

On October 17, 2018, CAROLA hosted Justice Julieta Lemaitre, President of the Chamber for the Recognition of Truth, Responsibility, and for the Determination of Acts and Conducts of the Special Jurisdiction for Peace (JEP) of Colombia and Michael Camilleri, Director of the Peter D. Bell Rule of Law Program of the Inter-American Dialogue for a discussion of these and other Colombian transitional justice system-related questions. 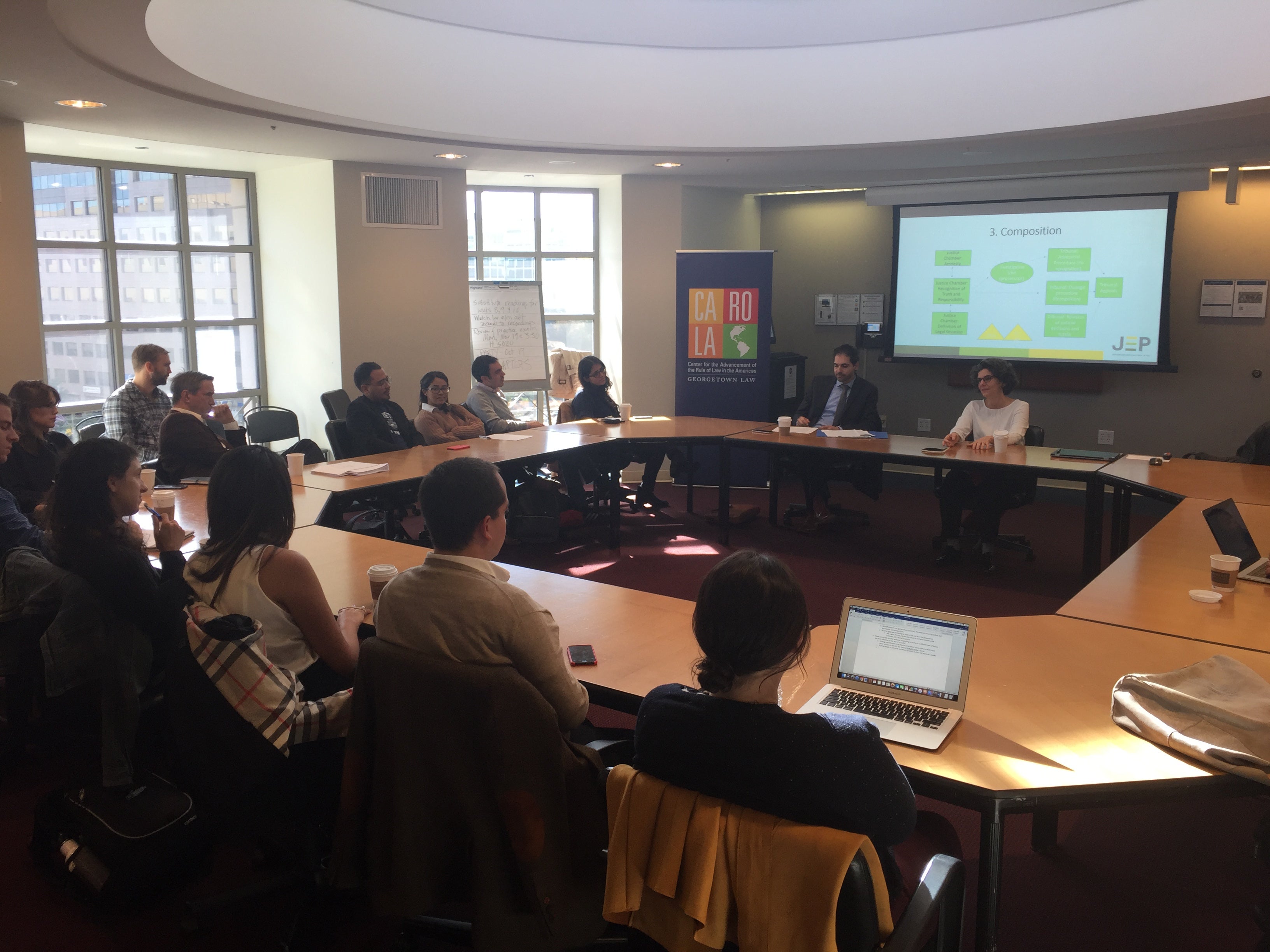