Under international human rights law, the principle of “evolving capacities” dictates that as children and adolescents mature, they gain greater capacity to take responsibility for the decisions affecting their lives—including the decision to have sex. The U.N. Committee on the Rights of the Child has specifically stated that countries should “avoid criminalising adolescents of similar ages for factually consensual and non-exploitative sexual activity.”

Yet, the law on “defilement” or statutory rape in Malawi violates this international principle because it fails to differentiate between exploitative sex between adults and children, on the one hand, and consensual sex between teenage peers, on the other. In Malawi, a teenager having a sexual relationship with his consenting girlfriend who is under the age of sixteen can face up to life imprisonment. 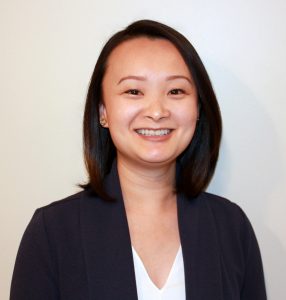 In the spring of 2020, students and faculty in the International Women’s Human Rights Clinic sought to highlight the impacts of the current law and propose amendments to bring it into compliance with international human rights guarantees. In collaboration with Women Lawyers Association—Malawi, the clinic team interviewed over seventy stakeholders in Lilongwe, Blantyre, and Zomba, Malawi to understand how the law falls short in upholding the rights of children and adolescents. This effort resulted in a human rights report entitled Suffering in Silence: The Failure of Malawi’s Sexual Offense Laws to Protect Children, authored by teaching fellow (2018–2020) Michelle X. Liu and with research conducted by clinic students Allison Carlon, Darya Vakulenko, Amy Uihlein, and Mariame Dangnokho. Liu and her students argued that putting teenagers in conflict with the law for having consensual sexual relationships with close-in-age peers does not serve children’s best interests and that the law must be changed to protect adolescents’ human rights.

These findings and recommendations were employed to advance the rights of adolescents in Malawi through the criminal justice system this past week.

In an opinion dated October 25, 2021, a justice of the Malawi High Court reviewed a criminal case of “defilement” or statutory rape involving an eighteen-year-old young man who had sex with his consenting girlfriend. In upholding his acquittal (based on his reasonable belief that she was over the age of fifteen), Justice Vikochi Chima highlighted the “overcriminalization of factually consensual sexual intercourse” in the current laws and signaled a need for reform. Citing and quoting Liu’s report, Justice Chima noted that criminalizing factually consensual sex between mature teens who are close in age is “problematic.” And she stated that “there is necessity for lawmakers to revisit the law such that the intention of the law is accomplished, which is to prevent grown men from taking advantage of young girls.”

The broader effort to change the law is being led by two human rights advocacy groups in Malawi who have collaborated with the IWHRC in the past—the Southern Africa Litigation Centre (“SALC”) and the Centre for Human Rights Education, Advice, and Assistance (“CHREAA”). The Constitutional Court of Malawi has agreed to review the Penal Code law on defilement relating to sex between consenting teens in the coming year.