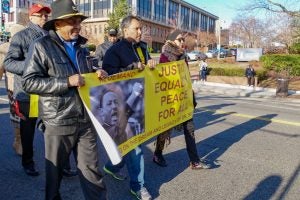 Across the United States, state and local policy makers are challenged by diverse needs and the call to build equitable communities. Since the 1970s, the Harrison Institute has worked to overcome the legacy of housing discrimination and displacement from gentrification and commercial growth. Increasingly, displacement is compounded by climate change. The Institute has worked with the Georgetown Climate Center to help local governments adapt to heat, flooding and extreme weather events.

Our clients and collaborators are listed below. 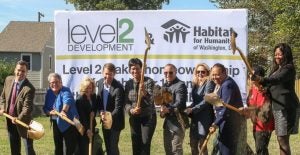 In order to meet Washington, DC’s housing needs after COVID-19, the city will need to reshape legal, policy, and financing to develop housing that is affordable to low-income residents. The health and economic crises caused by the pandemic will multiply the city’s homeless populations and overwhelm housing agencies, exacerbating inequitable public health outcomes that predate the pandemic. Meanwhile, the legacies of racial segregation in housing and the rapid pace of gentrification continue to restrict access to affordable housing for Black and other communities of color. The Harrison Institute, which worked with the DC Council to pioneer affordable housing policies, will continue to work with community partners to create policy solutions for the District’s most vulnerable residents.

The Harrison Institute collaborates with the Georgetown Climate Center (GCC) to advise state and local governments on measures that prepare communities for the impacts of climate change (e.g., flooding, extreme heat).  Many of our projects are based locally and engage DC residents in planning a resilient future for their own neighborhoods. 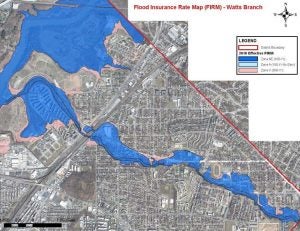 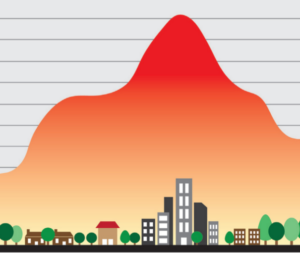 Urban asphalt and buildings absorb heat and create “heat islands” that are hotter than surrounding rural areas – about five degrees hotter in the day and 20 degrees hotter at night. Extreme heat causes more deaths than hurricanes, lightning, tornadoes, floods, and earthquakes combined. Heat-related deaths are projected to rise to between 3,000 and 5,000 deaths annually by 2050. Crime rates spike when the heat is highest, and increasingly, cities are becoming less livable in the summer months.  Urban heat islands also spike energy costs, greenhouse-gas emissions, and related air pollution. Our projects on urban heat include: 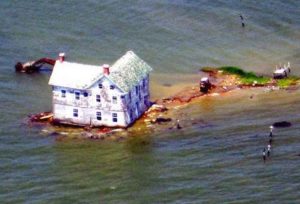 Sea levels could rise in some areas from three to six feet by the end of the century.  Depending on location, the low end of annual flood damage could increase between 100 and 200 percent (NOAA, 2010), threatening scores of communities and millions of residents. The most vulnerable counties are confronting sea level rise (SLR) that could claim more than half their land mass. The most vulnerable cities have billions of infrastructure investments, high density development, and affordable housing at risk – as proven by hurricanes that hit New York and Houston. A summary of our recent work on SLR follows.