The day after Election Day, against a backdrop of continued uncertainty and breaking news alerts, Georgetown Law Dean William M. Treanor convened a panel of professors for “Making Sense of the Election: Norms, Process, & Rule of Law.” 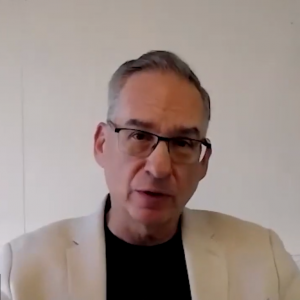 With the presidential race favoring Democrat Joe Biden, but the Senate looking as if Republicans may maintain control, Professor Randy Barnett predicted a less ambitious legislative agenda for a Biden administration.

“We’re not going to be talking about expanding the number of Supreme Court justices… term limits for justices… [or] ending the electoral college by means of the popular vote,” said Barnett.

Instead, expect a continued White House reliance on executive orders to govern, he said. 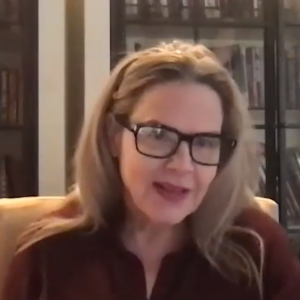 Professor Victoria Nourse, who served as counsel to Biden both during his time as vice president and when he chaired the Senate Judiciary Committee, said that she believes “the most important rule in democracy” is the Senate’s cloture rule requiring 60 votes to pass most legislation. In a Senate where neither party holds 60 seats, most lawmaking requires Senators to be willing to cooperate across the aisle.

“It doesn’t mean that all legislation stops. It just means you have to reach agreement,” said Nourse. However, she added, her former boss, or “Mr. Senate” as Biden has called himself, might be more effective than previous presidents at forming bipartisan partnerships.

The discussion explored the last time an election result was so drawn out — in 2000, when the winner of the contest between Al Gore and George W. Bush was ultimately determined by the Supreme Court, more than a month past Election Day. The question was, could any of the election controversies this year also end up before the Supreme Court? 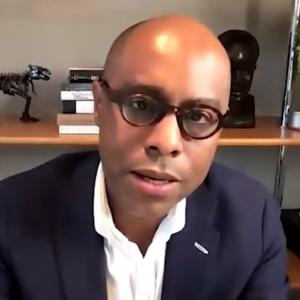 Professor Aderson Francois summarized the Bush v. Gore case briefly, then went on to outline a handful of election issues that had already come before the Supreme Court ahead of Election Day through emergency appeals.

“Three pieces of litigation [came] up prior to the election, one out of Wisconsin, one out of North Carolina and one out of Pennsylvania, and all three involve the same question. To what extent could the state extend the deadline for mailing an absentee ballot to be received and still be counted?”

The Pennsylvania case was the only one that could plausibly end up back before the Supreme Court, he said, adding that this was unlikely in his opinion..

“I have no way of predicting how aggressive the Trump administration will be in starting litigation,” Francois said. “But to me, I still don’t see a clear path for that litigation to end up in the same scenario as we ended up in Florida in 2000 under Bush v. Gore.”

Toward the end of the discussion, Treanor asked the panelists what might be done to improve future elections.

Nourse said that she was in favor of “minimal electoral reform,” such as Congress mandating standards around absentee ballots, or making voter registration uniform throughout the country.

“We’ve had the ‘chads,’” she said, referring to Florida ballot issues leading up to Bush v. Gore. “Let’s not do it again. We can pass legislation, it seems to me, to solve some of the mechanical problems in terms of when you count, what you count.”

Francois, an expert on civil rights law, spoke of the need to continue combating voter suppression in all forms.

“[I]t is a little bit absurd that in a wealthy Western democracy, we make it as difficult as we do for people to vote… Voter suppression, intimidation, the hyper-technical rules, the random application of the law, the endless litigation,” said Francois. “And I think at the end of the day, we have to basically do some reckoning with that.”

Barnett advocated for preserving the Electoral College, saying that one of its advantages is that any problems that arise in voting are confined within a state.

“Can you imagine if we had a national popular vote? Every vote, however, it was counted, throughout the United States would be potentially at issue,” he said. “We’re spared that by the electoral college system… that narrows what we have to focus on in any given election.” 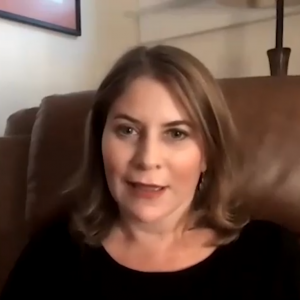 Professor Rosa Brooks wrapped up the panel with two observations. The first, she said, came from her time at the State Department, during which she worked on promoting democracy and election integrity overseas, and came to realize the United States’ systems in many ways don’t live up to the standards we have set for other countries.

“We don’t look like a democracy to most of the world anymore, and that has baffled our friends and empowered despotic regimes around the globe,” she said. “We need to have clearer, national-level, best practices on the mechanics of voting and counting the vote.”

Secondly, Brooks said, we need to find ways to strengthen a divided society overall, including finding a “shared information universe between us.”

“I don’t have an easy answer, but I think to come together as a nation to tackle some of the enormous problems that we collectively face, it doesn’t matter whether you’re a Democrat or Republican, whether it’s pandemics or the impact of climate change or race relations or rising income inequality,” she said.

“Whatever it is, we’re going to need to find ways to do all this stuff together.”

Watch the full discussion below.