Stepping up to the podium at the start of Georgetown Law’s annual event previewing the upcoming Supreme Court term for students, Professor from Practice Irv Gornstein, the executive director of the Supreme Court Institute, set the tone for what lies ahead for Court-watchers.

“This term has all the makings of a momentous term,” he said. “That’s because some of the most contentious issues of our day are currently before the Court.”

Contentious indeed: the issues that will feature in this term’s cases include gun rights, public funding of religious schools, abortion, capital punishment and affirmative action.

In addition to mooting almost every Supreme Court case each year, the Supreme Court Institute holds two preview events in the fall, one for students and the other for the media. They have become must-attend sessions for the scholars and reporters who will soon be analyzing the Court’s latest arguments and rulings. 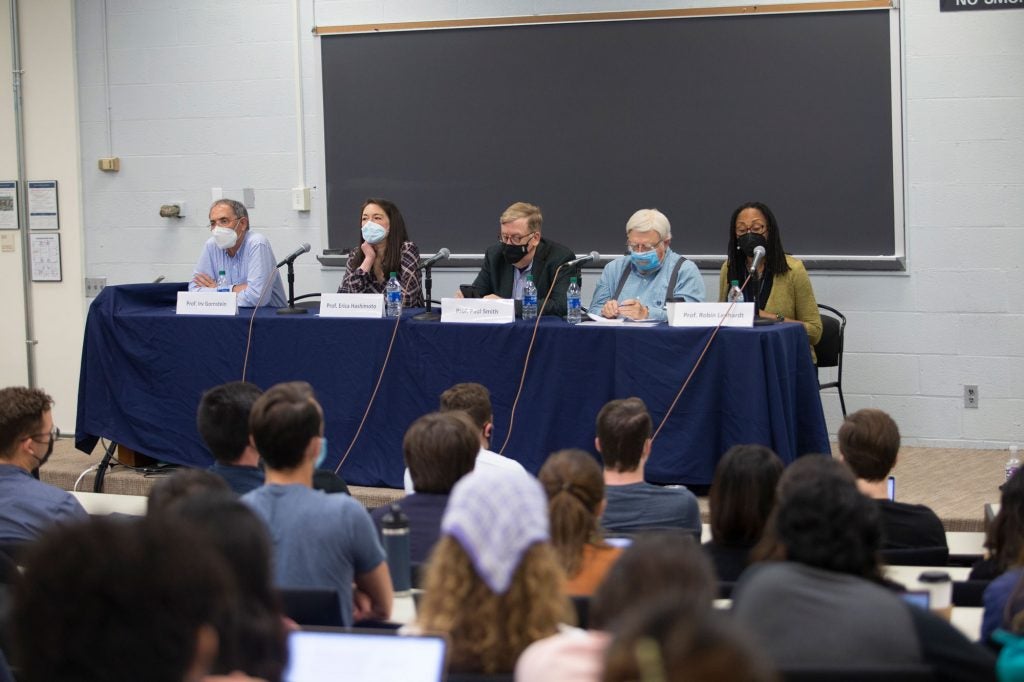 Politics and the Court

During both the student and press previews, an overarching theme of discussion was the politicization of the Supreme Court. Gornstein referred to recent comments by Associate Justices Stephen Breyer, Clarence Thomas and Amy Coney Barrett, in which each insisted that they and their colleagues are guided not by partisan politics but by their own judicial philosophies when deciding cases. However, Gornstein said that in spite of what these justices say, the public increasingly sees the court as partisan, which has led to a “turning point.”

He continued, “And if justices think the usual number of unanimous decisions and a few votes against type in cases that most of the public doesn’t care about will counter that impression, I think they may be deluding themselves.”

Later in that session, panelist Martinez offered his own view on whether the Supreme Court has become overly politicized. He said he sees a “sustained de-legitimization campaign” on the part of external critics that is affecting public opinion with “incendiary language.”

“[There were] very dire predictions [that the three newest justices] were going to hand the election to Donald Trump,” said Martinez. ”They were going to shield him from investigation and they were going to overturn Obamacare. And none of those things came to pass.”

As for the cases themselves, the panelists explained their paths to the Supreme Court, forecast the arguments likely to be made, and considered how the justices might rule.

One case discussed extensively at both events, New York Rifle and Pistol Association v. Bruen, a challenge to New York’s very strict laws related to carrying firearms outside the home, is the first Second Amendment case to reach the Supreme Court in over a decade. Both Hashimoto, at the student preview and Martinez, at the press preview, spotlighted the way the history of gun regulation in the U.S. and elsewhere is being used in this case. 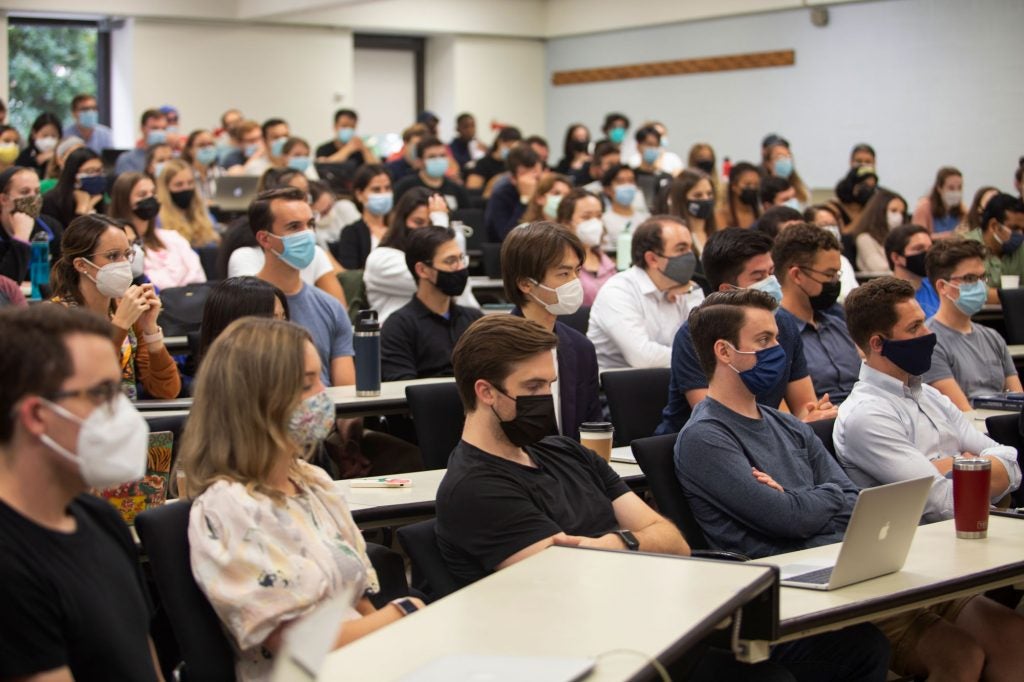 “The Second Amendment individual right to bear arms is unlike other individual constitutional rights in that it’s a more recent vintage. It’s been recognized more recently. And so, it doesn’t have the same kind of doctrine built up around it,” said Martinez.

The challengers, he explained, hold that there is a strong tradition in the United States of carrying firearms for self-protection. On the other hand, the State of New York is presenting examples of English and American laws limiting where or when guns can be carried that date as far back as the 14th century.

“They’d go back to the 1328 Statute of Northampton, which I was not especially familiar with before looking at this case,” Martinez said.

“The parties have very different views about exactly what sorts of regulations existed historically,” Hashimoto told students. “I think the question in this case is not whether the New York law is constitutional or not — I think the court is going to say it is not — but instead how broadly the court’s opinion is written.”

That, she said, “could potentially call a lot of gun regulation in this country into question.”

Georgetown Law Professor from Practice Paul Smith, who has himself presented oral arguments before the Supreme Court in 21 cases, including in the landmark gay rights case Lawrence v. Texas, introduced Dobbs v. Jackson Women’s Health Organization at both sessions.

The case concerns a Mississippi state law prohibiting abortion after the 15th week of pregnancy, significantly earlier than what is laid out in earlier Supreme Court abortion rulings. However, this suit has become complicated by another, more restrictive Texas law that took effect at the beginning of September.

Before the law took effect, a challenge came before the Court via the “shadow docket,” a system for issuing summary decisions on an emergency basis. On a 5-to-4 vote, the justices declined to block the new Texas law — the latest example of the Supreme Court’s controversial use of this alternate system.

How these two cases proceed, what happens with the Department of Justice’s plans to sue the state of Texas, and whether the Texas law will end up back before the Supreme Court and whether the justices can hear and decide on the Mississippi law without taking the Texas law into account are all yet unclear, said Smith.

After fellow press preview panelists engaged Smith with their own questions and twists, journalists later added their own queries to the mix. Reporter Adam Liptak, who covers the Supreme Court for The New York Times, asked the panel for their thoughts on how the Texas law would ultimately be adjudicated.

“I don’t have any real answer, Adam, but that is the hardest question,” responded Saharsky.

Across the Political Divide

At the student preview, Smith said the two abortion cases will reverberate against each other. “The political impact of the case will be something that may be in the back of the minds of the justices as well.”

Politics remained a theme throughout, with one student asking the panel of professors what encouragement they might offer about the court’s future to “a law student who has a more liberal view of the Constitution.”

Professor Robin Lenhardt, once a Supreme Court clerk herself for Justice Breyer, responded that her “corny” advice would be to make sure to take the opportunity to get to know students from different political backgrounds. She recalled her own law school debates with a conservative classmate who went on to become a top aide to Senator Mitch McConnell.

“We were in a study group, and we agreed on nothing. But we enjoyed talking with one another,” said Lenhardt. “If you can bring yourself to do it, I think that kind of engagement with your classmates can go a long way.”

For more on the upcoming term, read the Supreme Court Institute’s latest report “A Look Ahead: The Supreme Court of the United States October Term 2021” and watch the 2021 press preview below: