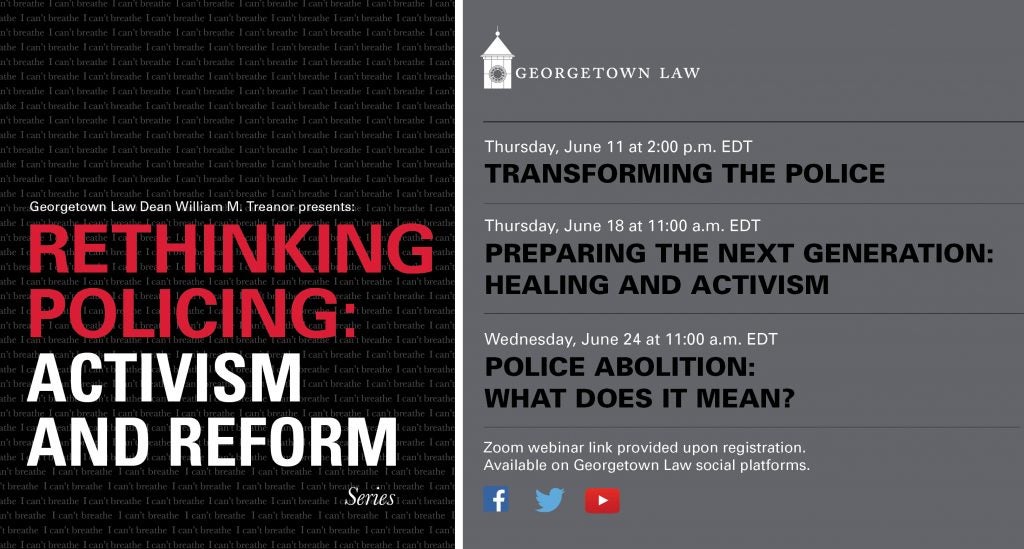 The police killing of George Floyd has spurred mass protests and a national conversation on ending police brutality and racial injustice. This series aims to educate and empower individuals, communities and the next generation of leaders pursuing meaningful change.

Justice for George Floyd: Understanding and Responding to Minneapolis (June 5)

“As a community focused on justice and service, we have an important opportunity to channel our energy, knowledge, and resources into efforts that can help end the cycle of discrimination, brutality, rage, and division gripping our nation,” said Treanor.

This panel provided an overview of police reform efforts to date, discussed what’s working and what’s not, and explored where we should go next.

Preparing the Next Generation: Activism and Healing (June 18)

Centering hope as the motivating force for change, panelists grappled with the challenges and promise of activism in the search for meaningful transformation and healing after the killing of George Floyd.

Police Abolition: What Does it Mean? (June 24)

Police abolition and the “defund police” movement have been simmering for a while but only entered the national conversation after George Floyd’s death and the protests that followed. Find out what it means (and what it doesn’t) as we discuss where this new conversation might take us.