With just days to go until the Supreme Court opens a new term, the team at the Georgetown Law Supreme Court Institute is at its busiest. Last week, it held its marquee public events: two expert panels previewing the highest-profile cases being argued in the coming months, one for members of the media and one for law students. And its main line of work – one veiled in a bit of secrecy – began this week, with its first Supreme Court moots of the October Term 2022.

The Institute does this by holding moot courts for nearly every case on the Supreme Court docket. At each of these moot sessions, an advocate preparing to argue before the Court’s nine justices gets a chance to polish his or her presentation in a Georgetown Law room decorated to look like a mini-Supreme Court, down to the pattern of the carpet. A panel of Supreme Court experts, which may include Georgetown Law professors, former Court clerks and attorneys with oral argument experience at the Court, interjects with questions in the same way the Justices will when the real arguments take place. After the formal presentation and question-and-answer period, a more informal discussion unfolds in which the “Justices” offer constructive feedback to the advocate. 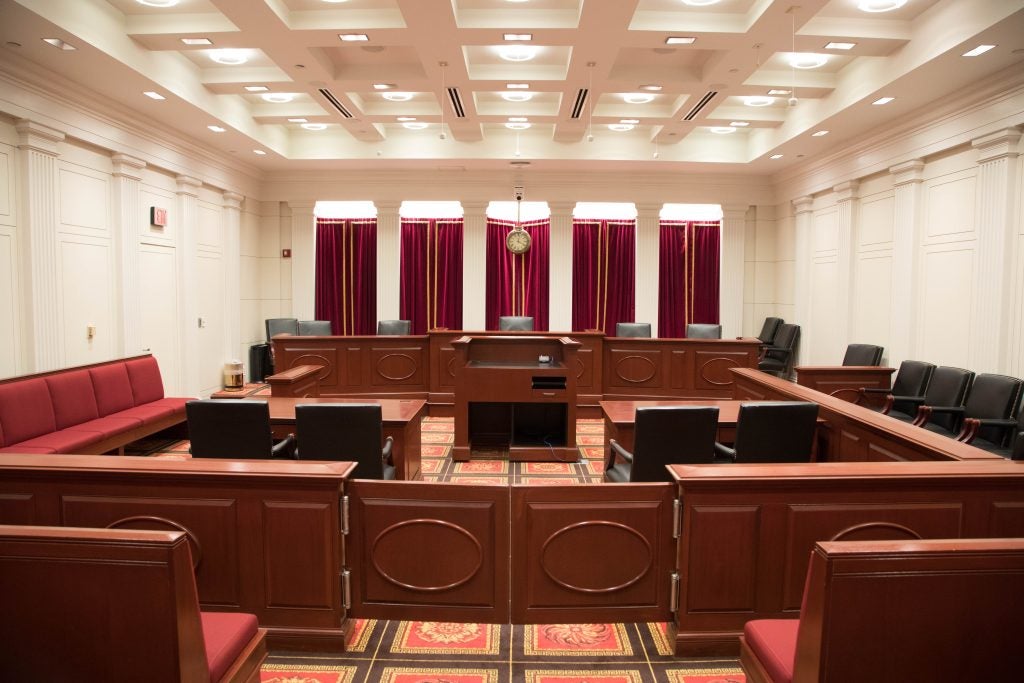 The Supreme Court Institute’s moot courtroom, decorated to look like a smaller version of the real Supreme Court.

The Institute plans its moots with great discipline and discretion. The public isn’t invited, no recordings are released. Most members of the Supreme Court Bar are eager to participate, with lawyers applying for moot opportunities as soon as the Court announces they’ll take a case. If both sides request moots, a coin toss decides who’ll get the slot. Or once in a while, for select cases of particular national importance, the Institute hosts both sides – before separate judging panels and with the consent of both advocates, of course.

And as long as the advocate consents (they usually do), Georgetown Law students may sit in the audience, getting a sneak peek at the arguments that will soon be delivered in the well-known white columned building less than a mile away from campus.

In order to attend a moot, students must attest they have no personal or professional connections to any of the parties involved that could pose a conflict, and must agree to maintain the confidentiality of the moot’s proceedings. Seats in the courtroom are limited, but since the COVID-19 pandemic forced the creation of online options, most moots are offered on Zoom as well, making them available to all students. 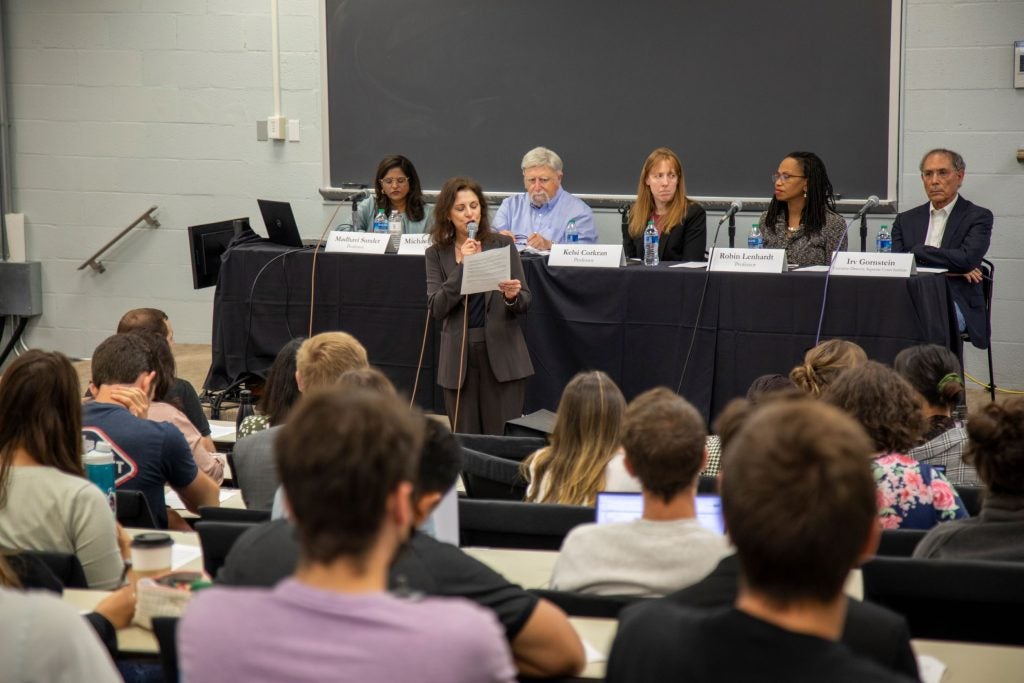 Some of the students who sit in on the moots do so because a professor assigned or recommended it, others because they have a strong interest in the topic being presented. And then there are some like Blake Phillips (L’24), who says he chose to come to Georgetown because of the chance to attend these moots. Phillips has been listening to Supreme Court oral argument recordings since middle school, when his interest was first piqued by a classroom discussion of campaign finance law. As a first-year J.D. student, he went to “dozens” of Supreme Court moots – whenever they didn’t conflict with his class schedule. This year, he’s on the Institute team as a research assistant.

“This institution is unique to Georgetown,” he says. “We basically get two shots at a Supreme Court oral argument. We’re close to the Court, and that’s cool, but we also get to watch it come together, which I would argue is even cooler.” Phillips is hoping to do a judicial clerkship after graduation and perhaps build a career in public interest-oriented appellate law, and he thinks the education he’s getting from watching some of the nation’s most accomplished appellate attorneys in action is priceless.

“Before I went to all of these moots, it seemed like there must be one particular style of advocacy that is the best. But it’s really good seeing all these different advocates and how different their styles are,” he says.

Ciara Cooney (L’23) is in her second year as a research assistant, and says that attending moots has broadened her horizons as she plans for her future.

“It’s made me realize how many different areas of law exist and how they intersect. I came to law school interested in criminal defense work, but now I see there are a multitude of fascinating areas of law, whether it’s copyright or arbitration or even technical federal civil procedure issues,” she says. “Throughout my career, I want to have lots of touchpoints in different areas.”

While most of the Law Center slows down over the summer, the Supreme Court Institute ramps up its work scheduling the advocates and justice panels. The Institute’s executive director, Professor Irv Gornstein, collaborating with colleagues and a few student researchers, prepares an annual Term Preview report, summarizing the cases ahead. Meanwhile, Shrager and Assistant Director Kalvis Golde organize the preview events for the media and for Georgetown Law students.

One morning last week, a panel of veteran Supreme Court advocates, Roman Martinez of Latham Watkins, Kelsi Corkran of Georgetown Law’s Institute for Constitutional Advocacy and Protection, Hash Mooppan of Jones Day and Lisa Blatt of Williams and Connolly, joined Gornstein to brief a group of leading Supreme Court reporters on the highest-profile cases the Court will hear this term.

Later that afternoon, a large classroom filled with students for the annual student preview panel. Gornstein and Corkran were joined by Professors Madhavi Sunder, Michael Gottesman and Robin Lenhardt, who talked about important upcoming cases and took audience questions.

And Shrager reminded the student audience to take advantage of their unique opportunity to observe the attorneys for the very cases they were discussing at Institute moot courts in the coming months.

“These are the important cases, this is the Supreme Court, there’s a real artistry to it,” says Phillips. “These people don’t just get up there and answer questions. They get up there and they paint a picture. It’s kind of the pinnacle of at least oral advocacy, if not lawyering.

“Even if you don’t really know what they’re talking about, it’s just a thing of beauty to watch them do it.” 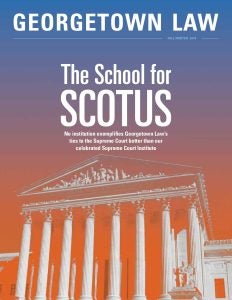 For more on the history of the Supreme Court Institute and on the attorneys who have participated over the years – including former U.S. Solicitor General and Distinguished Lecturer Paul Clement, who said, “The [moot] panels have an incomparable level of expertise… It sharpens the argument and presentation considerably.” – read the cover article in the Fall/Winter 2018 issue of Georgetown Law Magazine.