The Rage of Innocence: How America Criminalizes Black Youth by Kristin Henning 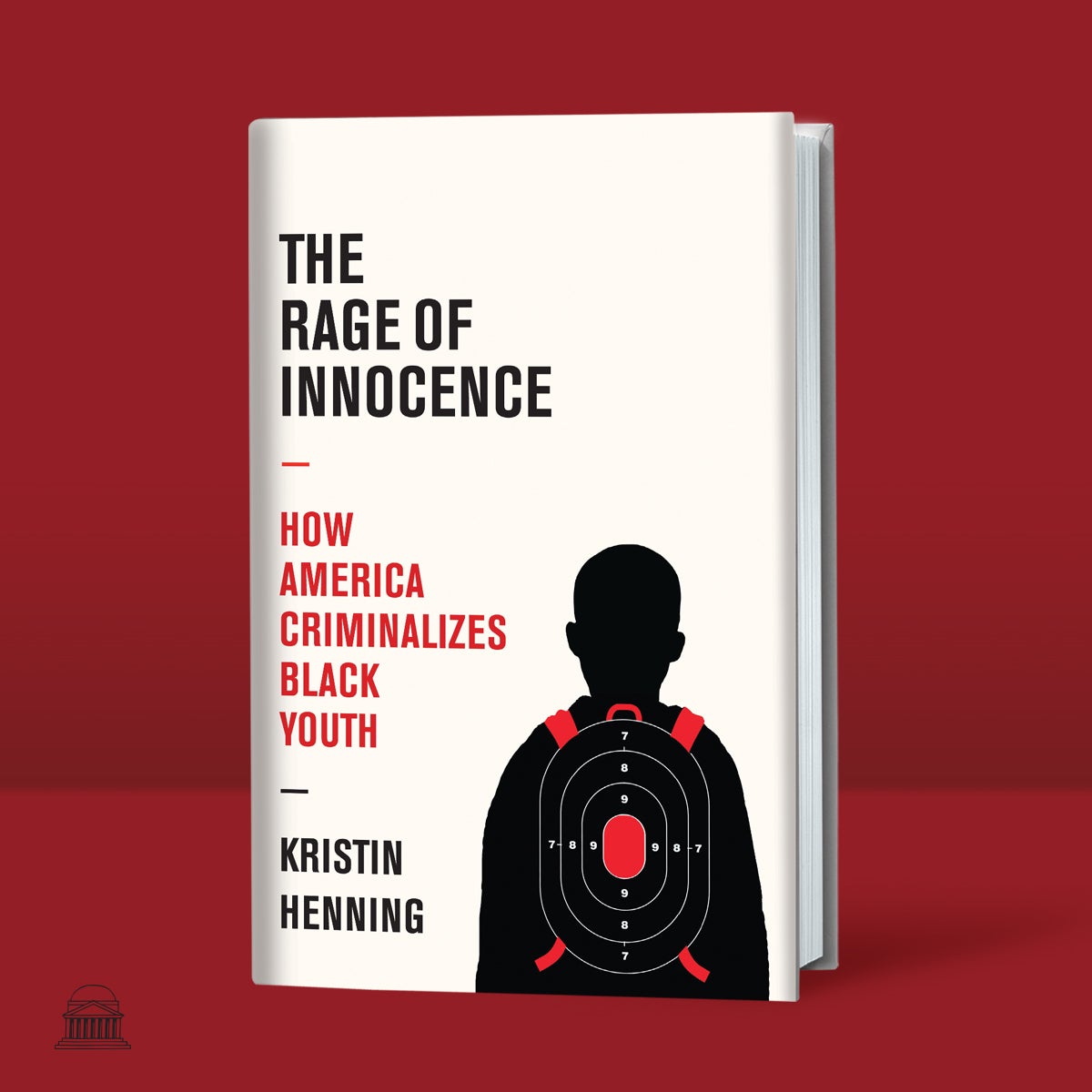 confronts America’s irrational and manufactured fears of Black youth and makes a compelling case that our nation’s obsession with policing and incarcerating Black America begins with Black children. Unlike White youth, who are afforded the freedom to test boundaries, experiment with sex and drugs, and figure out who they are and who they want to be, Black youth are seen as a threat to White America and denied the privilege of healthy adolescent development.

Weaving together powerful narratives and persuasive data, Kris examines the criminalization of Black adolescent play and sexuality, the demonization of Black fashion, hair, and music, and the discriminatory impact of police in schools. The Rage of Innocence lays bare the long-term consequences of racism and trauma that Black children experience at the hands of police and their vigilante surrogates and explains how discriminatory and aggressive policing has socialized a generation of Black teenagers to fear and resent the police.

Especially in the wake of the recent unprecedented, worldwide outrage at racial injustice and inequality, The Rage of Innocence is an essential book for our moment. Learn more, get your copy, and join a book tour event! 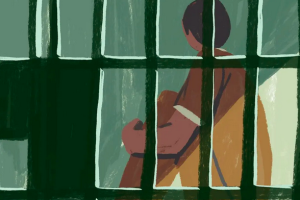 Kristin Henning quoted in The New York Times: "The Superpredator Myth Did a Lot of Damage. Courts are Beginning to See the Light."

The superpredator myth infected our legal system even when judges didn’t invoke it openly. Kristin Henning, a law professor at Georgetown and the author of “The Rage of Innocence: How America Criminalizes Black Youth,” told us: “Looking back to cases from the 1990s, you won’t see too many judges use the word ‘superpredator,’ but it was definitely in the air. You can see it in the juvenile transfer laws that allowed young people to be tried as adults and in the long sentences many teenagers got. They all stem from that same idea that Black children must be feared and controlled. The Belcher opinion rejects that way of thinking.”

Clink the link to read the full article. 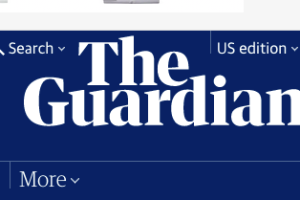 Kristin Henning quoted in The Guardian: "How a single case challenged the LA prosecutor’s reform agenda: ‘Nobody is happy’"

"As a country, we tend to make decisions that are reactionary based on one or two high-profile incidents, instead of following the evidence and research on what is most effective and equitable." - Kristin Henning
Click the link to read the full article. 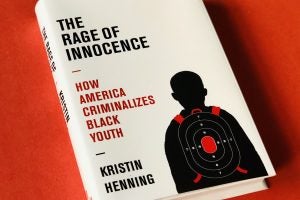 From stop and frisk to metal detectors in schools, many Black youngsters are regularly treated with suspicion in their own communities. This has damaging and lasting effects on their lives. Read the full interview with Kristin Henning in Current Affairs. 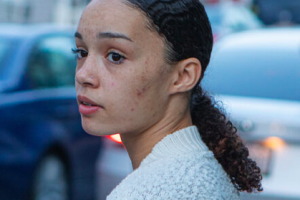 Kristin Henning quoted in The Marshall Project: Police Hurt Thousands of Teens Every Year. A Striking Number Are Black Girls.

“Our deeply embedded biases about Black children being dangerous applies both to boys and girls, and I think we forget that,” said Kristin Henning, a Georgetown Law professor. “We wouldn’t even think about stopping a White girl in quite the way we stop a Black girl.” 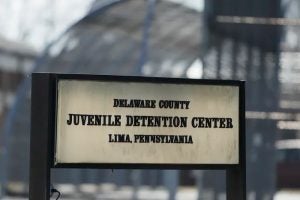 Philadelphia Inquirer Op-Ed by Kristin Henning with Marsha Levick: Too much unchecked power in the juvenile legal system, too little justice for children

Recent headlines out of Tennessee once again tell a disturbing story of judicial authority run amok, with children in the crosshairs. As revealed by ProPublica, a juvenile court judge in Rutherford County, Tennessee, has been locking up almost exclusively Black children, as young as 7 years old, for behavior that is not even a crime. Click the link to read the rest. 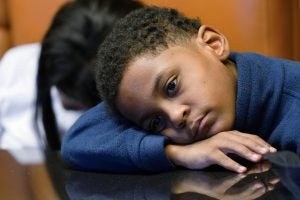 Kristin Henning quoted in the Associated Press: "Tiny wrists in cuffs: How police use force against children of color"

Kristin Henning, director of the Juvenile Justice Clinic at Georgetown University’s law school, has represented children accused of delinquency for more than 20 years and said many encounters escalate “from zero to 100” in seconds — often because police interpret impulsive adolescent behavior as a threat.

“When you are close to the kids, you work with the kids every day, you see that they are just kids, and they’re doing what every other kid does,” she said. “Talking back, being themselves, experimenting, expressing their discomfort, expressing their displeasure about something — that’s what kids do.” 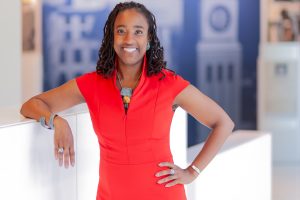 Kristin Henning interviewed in the LA Times: "How can we stop treating children of color like criminals? One step at a time, lawyer says"

“The vast majority — 80 percent or more — of crimes committed by children are non-serious crimes,” she says. “We could reduce law enforcement engagement with young people by 80 percent and we would all be fine, but people don’t believe that.”

Read the rest of the interview with Georgetown Juvenile Justice Clinic and Initiative Director Kristin Henning in the LA Times.

Get Your Copy Today!

The Rage of Innocence: How America Criminalizes Black Youth by Kristin Henning is available wherever books are sold. Visit rageofinnocence.com for more information.

The Rage of Innocence: How America Criminalizes Black Youth is "a serious and thoughtful book about a subject of great importance, and it deserves to be widely read."

"Fear of the Black Child": Published by Inquest

In this excerpt from The Rage of Innocence, Kristin Henning writes about how the American criminal legal system simply won't let Black kids be kids.

Fear of the Black Child

"Cops at the Schoolyard Gate": Published by Vox

In this excerpt from The Rage of Innocence, Kristin Henning examines how the number of police officers in schools skyrocketed in recent decades and made for a harrowing education for Black and brown youth.

Cops at the Schoolyard Gate

"With its comprehensive and careful mapping of all the ways Black children are socialized to expect subjugation, “The Rage of Innocence” [...] offers both a tribute to the humanity of Black children and a searing portrait of what we lose every time we shuttle another Black child into the pipeline."

"Copiously documented and passionately argued, this is a powerful and persuasive call for change."