Shortly after Election Day, two leading scholars on race, history and justice came together for a panel discussion, “Now What? Racial Justice After the 2020 Election.”

A Salvadoran man will be able to stay in the United States thanks to his two student-lawyers (now alumni), their mentors at Georgetown Law’s Appellate Litigation Clinic and a precedent-setting decision by the U.S. Court of Appeals for the Fourth Circuit. 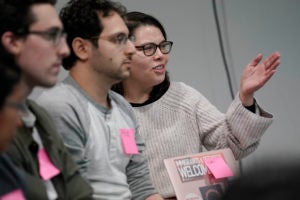 Nikki Endsley (L'19) on Human Rights at the Border: Finding Hope in a Dark Place

Nikki Endsley (L’19), who recently graduated from Georgetown Law, was instrumental in organizing a team of 14 members of the Georgetown Law community who traveled to Dilley, Texas, last December with the Human Rights Institute. In March, Endsley was… 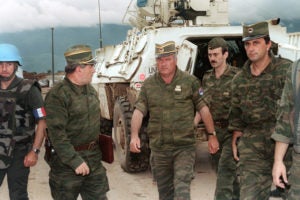 On the ‘Frontline’: International Alumni Battle Crimes Against Humanity

For two Georgetown Law alumni, ‘The Trial of Ratko Mladic’ is more than a movie. 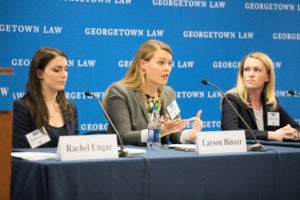 For months, the rescue ship Aquarius patrolled the Mediterranean, pulling aboard migrants and refugees attempting the dangerous journey from the African continent to Europe. Eventually, European governments forced it to terminate its operations, according to Medecins Sans Frontieres, the humanitarian aid group that operated the ship. 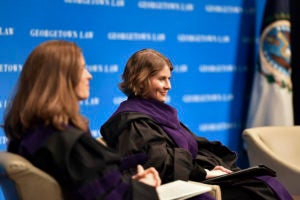 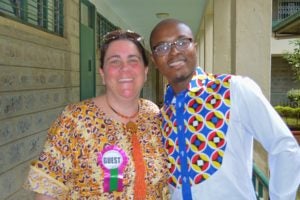 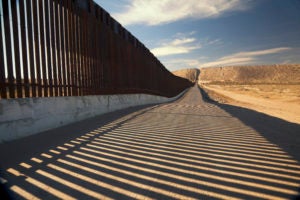 Two weeks after President Donald Trump declared a national emergency at the U.S.-Mexico border — and one week before a Senate vote on the matter — Mary McCord (L’90) of Georgetown Law’s Institute for Constitutional Advocacy and Protection teamed up with other experts to explore the legal issues. 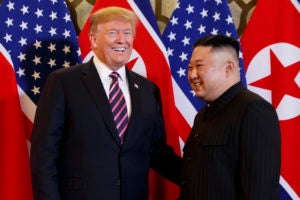 As Leaders Prepare to Meet in Hanoi, Experts at Georgetown Law Discuss "The Continuing Threat of Nuclear Weapons"

Just before U.S. President Donald Trump arrived in Vietnam for a summit with North Korean leader Kim Jung Un — the second such summit since June 2018 — the experts came to Georgetown Law for a conference on “The Continuing Threat of Nuclear Weapons.” 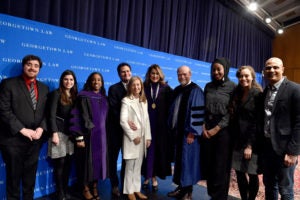 On February 12, Professor Jane Aiken (LL.M.'85) was installed as the inaugural Blume Professor, a chair made possible through the extraordinary generosity of Bruce (L’80) and Ann Blume (Parents ’08, ’20). The Blumes recently committed $10 million… 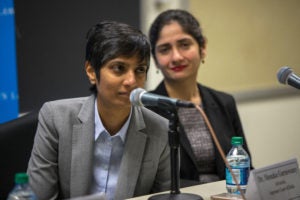