A steady rain was falling, yet it didn’t wash away the smiles on the faces of graduating Georgetown Law students and their guests as they arrived at Nationals Park. 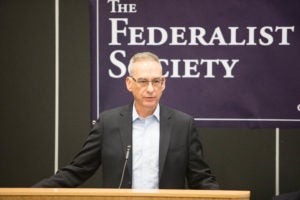 Federalist Society Hosts “Beyond Confirmation: How Justice Kavanaugh Will Impact the Supreme Court”

“ What happens when you replace a Justice Kennedy…with a Justice Kavanaugh, who is an originalist textualist? All of the sudden, you might start to see, for the first time in our lives, originalist majority opinions,” said Professor Randy Barnett… 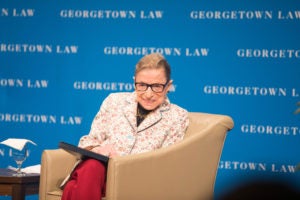 When Justice Ruth Bader Ginsburg was nominated to the Supreme Court in 1993 — and when her colleague Justice Stephen Breyer was nominated in 1994 — there was “a true bipartisan spirit in our Congress…” she said. The late Senators Ted Kennedy and Strom Thurmond, for example, had a very good working relationship, she noted. “I hope that I will live to see that spirit of collegiality restored in our legislature.” 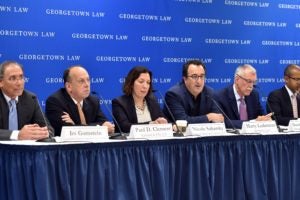 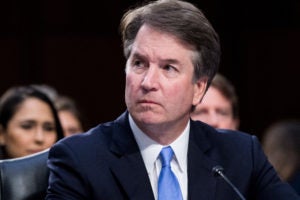 As Georgetown Law alumni including Senators Richard Durbin (D-Ill.), Mazie Hirono (D-Hawaii) and Patrick Leahy (D-Vt.) were making their voices heard on Capitol Hill regarding Supreme Court nominee Brett Kavanaugh on Day Three of the confirmation hearings, Georgetown Law professors across town were offering their insights on what a future Justice Kavanaugh could mean for the Court. 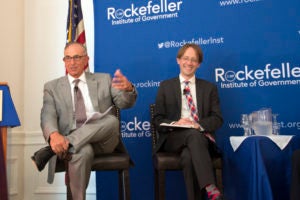 Thirty years separate their law degrees, but Scott Fein (L’75) and Andy Ayers (L’05) share a philosophy — and a project. 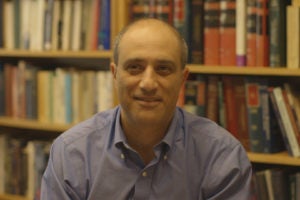 A curious mind and a facility for language may be the hallmarks of a good lawyer. Fortunately, Professor John Mikhail and student Genevieve Bentz have those in spades. 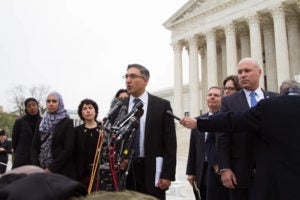 This spring, the Supreme Court heard oral argument in the case of Trump v. Hawaii — with Georgetown Law Professor Neal Katyal, co-head of the appellate practice at Hogan Lovells, arguing as counsel of record for the State of Hawaii. Katyal’s brief… 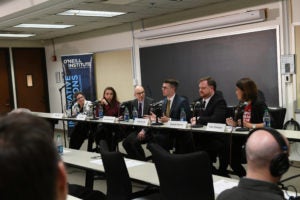 “February 14 was supposed to be a day of love and happiness…” Dara Jaffe, a freshman at Marjory Stoneman Douglas High School in Parkland, Florida, said at Georgetown Law on March 26 — speaking just days after the March for Our Lives demonstrations in Washington, D.C., and around the world. 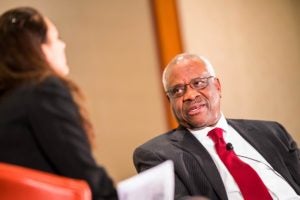 Justice Clarence Thomas may disagree with some of his colleagues on points of law now and then, but the atmosphere at the Supreme Court is a civil one, he told law students from across the country, gathered for the 2018 Federalist Society National Student Symposium hosted by Georgetown Law on March 10. 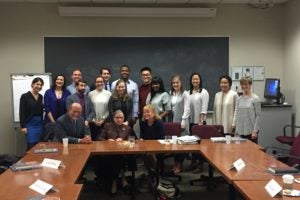 “We’re poor, we don’t have much money, and resources are low,” 1L student Ellen Watlington (L’20) reported to Chris Rea of the National Academies of Sciences at Georgetown Law during “Week One.” “What have you seen that works in coastal…