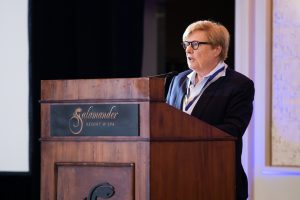 Scott K. Ginsburg Professor of Law Nan Hunter (L’75) has been at the forefront of gender and sexuality law throughout her career. After attending Georgetown Law, her career has included founding the ACLU’s Lesbian and Gay Rights Project, serving as… 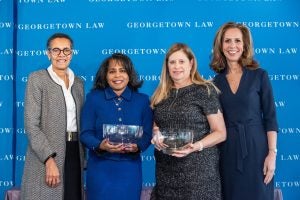 If there was one truism that captured the mood at the 2020 Georgetown Law Women’s Forum, it was this: “There’s no straight path,” said Georgetown Law Professor Hillary Sale, who moderated the opening plenary. “Some periods are very lumpy. And it’s never, ever an easy work life balance.” 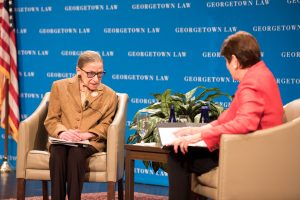 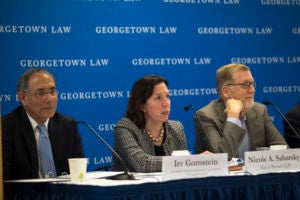 “Last year, I said with the [retirement] of Justice Anthony Kennedy, that a big change was coming — it was only a question of how far and how fast,” said Professor from Practice Irv Gornstein, as he introduced the 2019 Supreme Court Institute Press Preview at Georgetown Law on September 24. 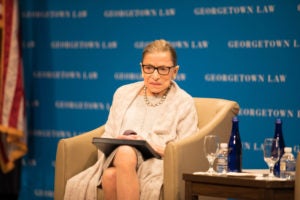 For the fourth year in a row, Supreme Court Justice Ruth Bader Ginsburg came to Georgetown Law to address the newest entering class. This time, she got a Class of 2022 t-shirt. 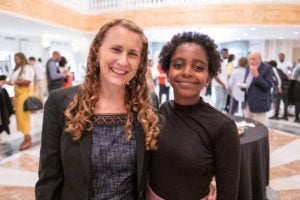 Twelve-year-old activist Naomi Wadler, who spoke at the March for Our Lives in 2018 and who already serves as a youth advisor to Georgetown Law’s Center on Poverty and Inequality, says that when black girls play, “it’s not seen as play.” 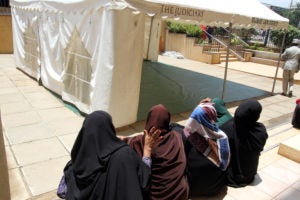 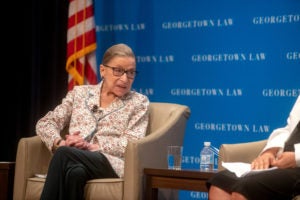 U.S. Supreme Court Justice Ruth Bader Ginsburg spoke to a packed auditorium at Georgetown Law on Tuesday, July 2, discussing gender equality in her personal life and in the law with two of her former law clerks: Ruthanne Deutsch (L’04, LL.M.’16) of… 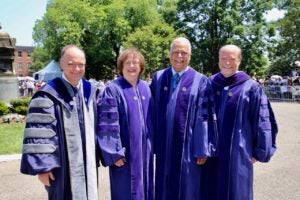 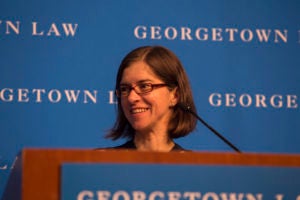